Series Of Major Container Terminals In The World – Port Of Shanghai, China 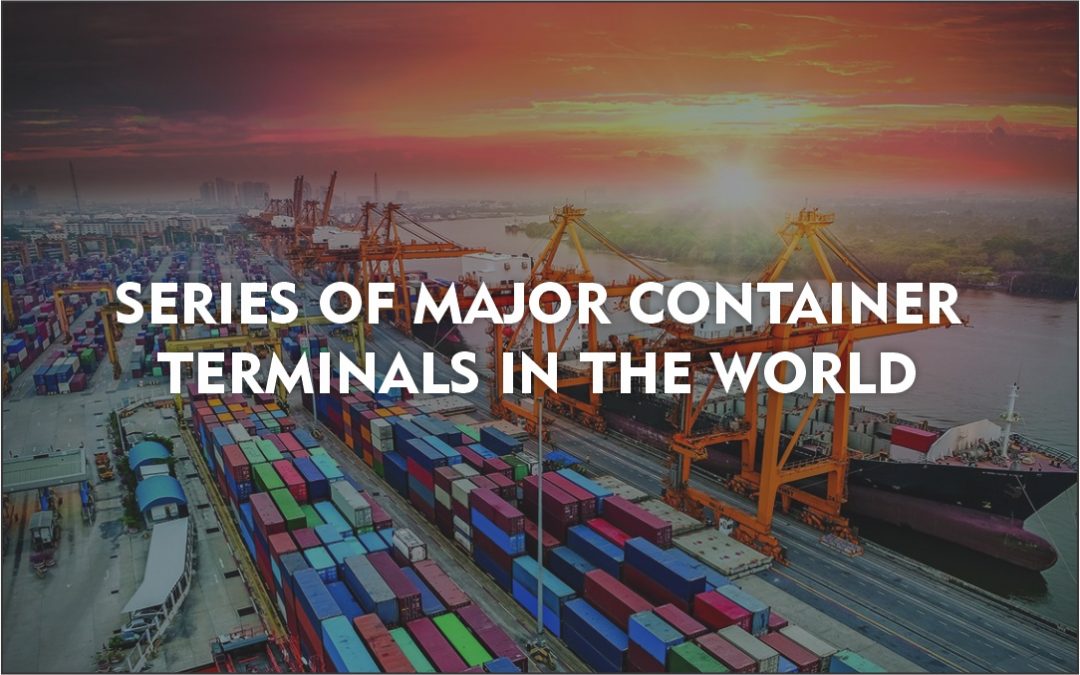 Shipping is the lifeline of civilization, as it plays a vital role in global trade and commerce. From pin to plane, in today’s fast-paced world, we can easily get things from one country to another, only because of the ever-growing maritime industry. But how and where do the ships load and unload those goods? At ports, that’s right!

This makes it essential for us to acquaint ourselves with the major container terminals in the world. Certain countries are blessed with coasts, making it easier for them to be connected with the rest of the world while others design the ports to be in the market.

The facility or place at which ships berth to tranship cargo containers between different transport vehicles (like container ships to trains/ trucks), for onward transportation is called a maritime container port or container terminal. Such ports are found all across the globe as they enable swift entry and exit of vessels, thereby allowing smooth trade.

Elizabeth Marine Terminal or Port Newark-Elizabeth is known to be the world’s first-ever container port, opened on August 15, 1962, at the Port of New York and New Jersey.

China is home to seven of the world’s 10 busiest ports by cargo tonnage, with Shanghai topping the list consistently. Other than that, Singapore Port, Hong Kong SAR, Port of Busan in South Korea, and Jebel Ali Port in the United Arab Emirates are the other major container terminals in the world.

Considering this and the global container port rankings, the first one in our series of Major container terminals is – The Shanghai Port, China.

Opened in 1842, the Port of Shanghai is located in the middle of the 18,000km-long Chinese coastline. It is a high-efficiency, strong hinterland accessible world-class port. Situated on the East China Sea, it faces the Hangzhou Bay to the South and is in proximity to the convergence of the vital rivers Yangtze, Huangpu, and Qiantang. Such geographic location makes it a prominent port for trade around the East coast of China.

The three key container port areas of the port of Shanghai are Wusongkou, Waigaoqiao, and Yangshan. The deepwater port of Yangshan, the largest automated port in the world, is mainly built to handle large traffic (with today’s big ship) during shallow water conditions. This allows Shanghai to process more cargo than any other Chinese port.

Shanghai International Port Co. Ltd., a publicly listed company, is the exclusive operator of all the public terminals in the Port of Shanghai.

The port has 125 berths and receives an average of 140,000 vessels annually and it connects to 600 ports globally while accounting for a quarter of China’s total foreign trade.

In the year 2010, the container throughput of the Port of Shanghai reached a record-breaking high of 32.5 twenty-foot equivalent units (TEUs), overtaking the Port of Singapore. Topping the global rankings, the port was crowned as the world’s largest and busiest container port. Thereon, Shanghai port continued to be in the top position.

Eventually, the container volume for international cargo transshipment at Shanghai port was over 5.3m TEU in 2019, an increase of 14% year-on-year. The inland container trading volume was more than 6m TEU, an increase of 15% year on year, hitting a record high. Shanghai port maintained a strong performance despite the continued Covid-19 outbreak and unstable international trading and economic crisis.

Overall, due to the sheer volume of trade through this port and its effect on the local population, Shanghai has been designated as one of the 4 large port megacities across the globe. It has also received numerous awards for its operations.

China is known for its exports of manufactured products, however, in essence, it is also a major importer of commodities like natural gas, soybeans, iron ore, and crude oil. This ensures China’s place as one of the most significant players in the shipping business.

Shanghai port has become an important symbol of China; therefore, the Chinese government has been taking continuous efforts to be one of the most modern and famous ports in the world. The port is said to further develop its eco-system to support its international shipping hub construction, accelerate the cooperation with Yangtze river delta and improve the overall competitiveness and influence. Some of the many maritime-related laws and regulations influencing Port development are-