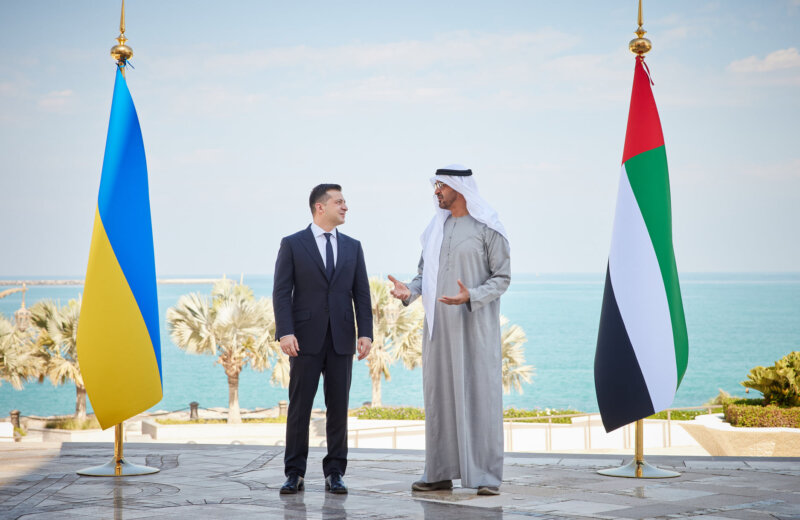 President of Ukraine Volodymyr Zelensky has invited one of the world’s largest port operators, DP World, to expand investment in Ukrainian ports.

This was discussed during a meeting of the President of Ukraine with CEO of DP World Sultan Ahmed Bin Sulayem in Dubai, Ukrinform reports with reference to the press service of the President’s Office.

The meeting took place at the Dubai Maritime City, where an artificial peninsula and the world’s first hub were created to unite all branches of the maritime industry and trade, aimed at solving global logistics problems of maritime shipping and port links.

The President said that the Parliament passed the laws that would encourage foreign investors to enter Ukraine, in particular, the law on the concession, which, according to the Head of State, already helped two Ukrainian ports find foreign investors, and the law on “investment nanny” service designed to create direct contract between an investor and the state.

Zelensky noted that he really likes the idea of building a modern marina (a specially equipped harbor for yachts and boats) and a hotel in Odesa city, and the state is ready to accompany the project and act quickly in this direction.

“That is why today we invite DP World to enter the Ukrainian market more actively through such concession projects. We have four more ports that the company can enter. The second [project] is to build a marina together with a company engaged in similar projects,” the President said.

He also reminded that the law on inland water transport was finally passed in Ukraine.

“We know that river transport can be the cheapest in terms of transportation. So I would like you to consider future opportunities. I think this is an attractive business in Ukraine. And it’s not just about tourism but primarily about the transportation of goods,” Zelensky said.

In turn, the CEO of DP World said that the company already has extensive experience in the development of river transport in other countries, which is really the cheapest means of transport.

As reported, President of Ukraine Volodymyr Zelensky and First Lady Olena Zelenska make a state visit to the United Arab Emirates on February 14-15.