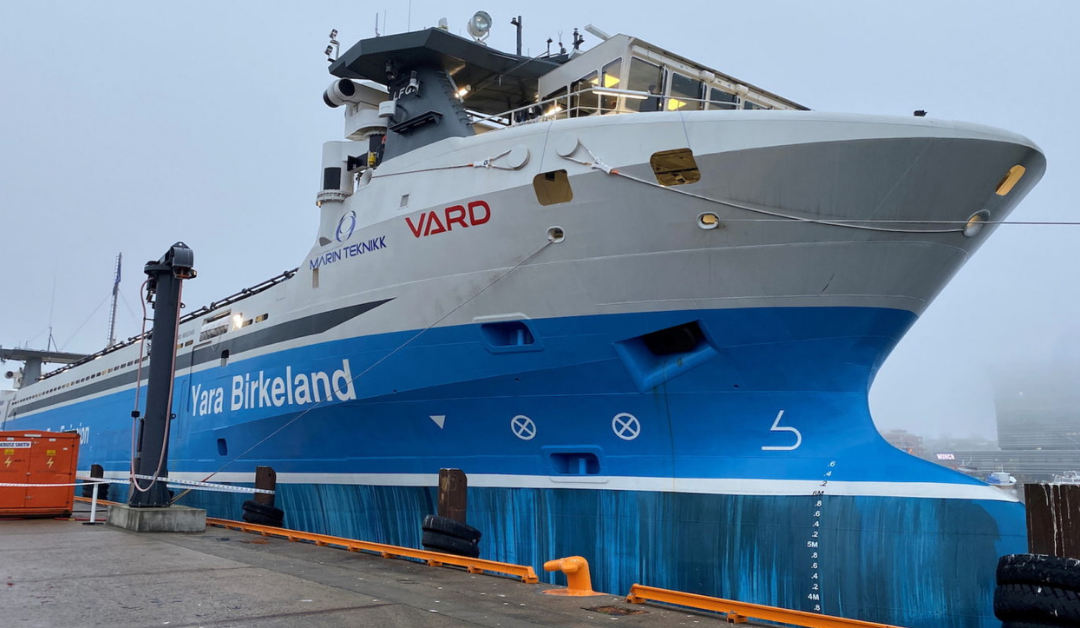 The 80-metre-long ship departed for its maiden voyage Friday and will navigate Norway’s southern coast, playing its part in the country’s plans to clean up its industry.

Norwegian Prime Minister Jonas Gahr Støre, along with Minister of Fisheries and Ocean Policy Bjørnar Skjæran, were on hand to tour the ship following its arrival in Oslo.

“We are proud to be able to showcase the world’s first fully electric and self-propelled container ship. It will cut 1,000 tonnes of CO2 and replace 40,000 trips by diesel-powered trucks a year,” said Svein Tore Holsether, CEO of Yara.

Yara has been working with maritime technology company Kongsberg on the development of the vessel since 2017 – a pioneering project leading the maritime shipping industry’s journey towards autonomous operations and zero-emission shipping. The pandemic delayed the planned delivery of the vessel by over a year.

The 120 teu-ship will cut emissions and reduce road transport by up to 40,000 truckloads per year while transporting fertiliser products from Yara’s Porsgrunn plant to Norway’s Brevik and Larvik ports.

The ship was constructed by Vard, and will begin manned commercial operations from 2022, after a two-year testing period of the technology that will make the ship self-propelled and finally certified as an autonomous, all-electric container ship.

The ship will be operated from Massterlys’ monitoring and operations centre in Horten. Massterly is a joint venture between Kongsberg and Wilhelmsen.