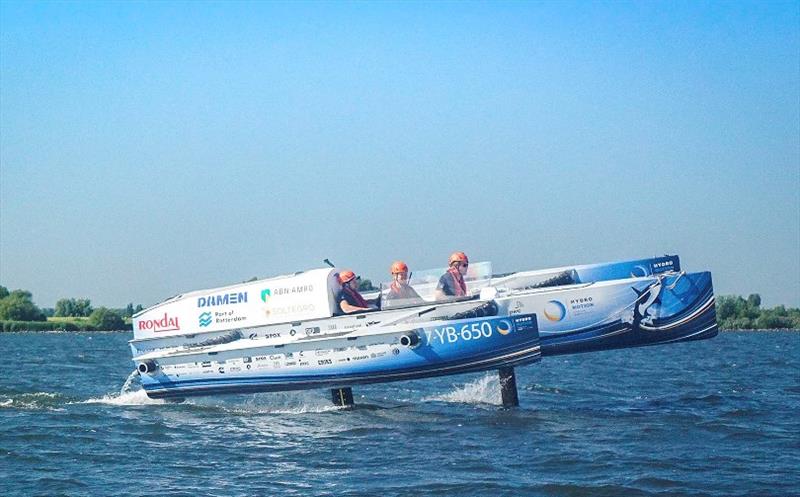 The young TU Delft Solar Boat team has revealed what is said to be the world’s first flying hydrogen-powered boat at the Offshore Energy Exhibition & Conference (OEEC) 2021.

Three representatives from the group of 23 students that are part of the Solar Boat team working on the Hydro Motion project had a chat with our host Eva Brouwer and revealed more information about their game-changing project.

The team had its focus on solar boats for years and last year decided to take it to the next level by starting to build the world’s first flying hydrogen-powered trimaran.

Louis van Cauwenberghe, Shayan Farrokhi and Tom Verbist pointed out that their main objective is to accelerate the energy transition in the maritime sector and hydrogen has enormous potential since it could be suitable for large vessels to travel long distances.

Neptune Energy’s Daan Boogaardt, and also a Young Energy Officer, also confirmed the importance of working towards a more sustainable offshore industry, as well as the potential huge role hydrogen could play.

“The goal is clear, we want to go to a sustainable environment in 2050 with zero emissions, but on the road, we still need gas as a fuel for the energy transition and we also need younger generations to participate in this,” Boogaardt said.