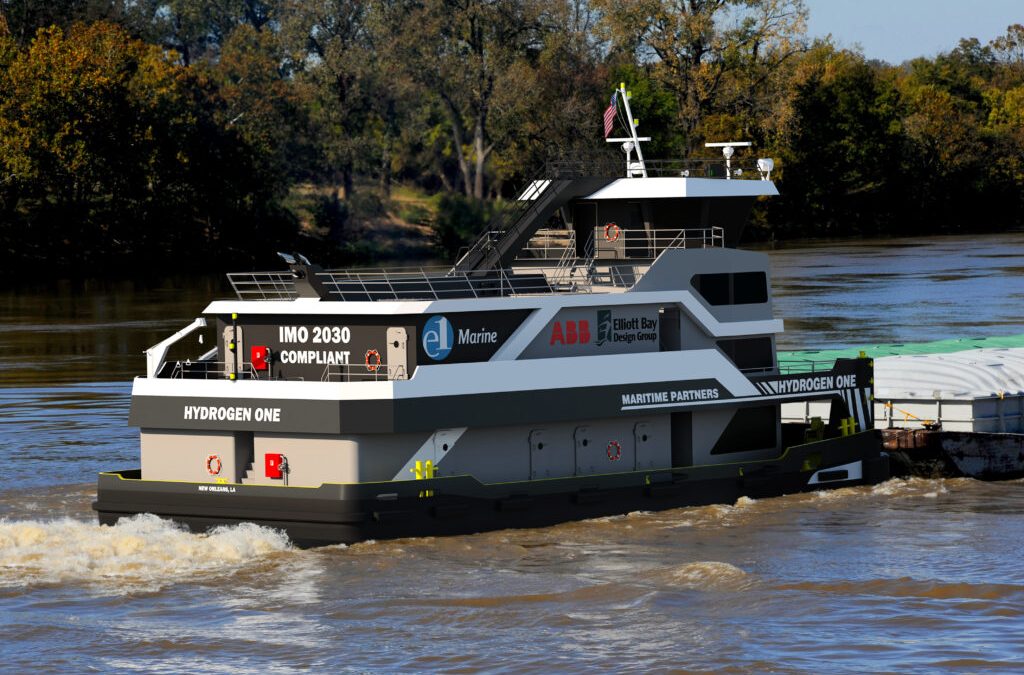 The US-based Maritime Partners has revealed that the M/V Hydrogen One, the world’s first methanol-fuelled towboat, will join its fleet and become available for charter in 2023.

The towboat is said to be developed using proven, efficient technologies that are commercially available to meet the pressing demand for sustainable towboat operations.

As described, Hydrogen One will be IMO 2030 compliant and meet all requirements of the US Coast Guard’s Subchapter M regulations.

“Shipowners have been understandably reluctant to commit to low carbon fuels until the infrastructure is available to refuel their vessels. The M/V Hydrogen One solves that problem by using methanol, which is safe and readily available worldwide. When the M/V Hydrogen One joins our fleet of 1,600 vessels, it will not only provide excellent emissions reduction capabilities but highly functional, reliable, and cost-effective operations”, said Austin Sperry, co-founder and COO at Maritime Partners.

Naval architecture firm Elliot Bay Design Group (EBDG) is in charge of the ship design while Swiss technology company ABB will provide an electrical propulsion plant for the vessel.

According to EBDG, the vessel will be able to perform at standard operational speeds for up to 550 miles before it needs to refuel.

The company added that the use of e1 Marine’s reformer technology on Hydrogen One generates hydrogen from methanol on demand, which makes it considerably safer than transferring and storing hydrogen directly. Also, the ship’s crew will require minimal additional training to use the technology.

Mike Complita, principal and vice president of Strategic Expansion at EBDG, said: “M/V Hydrogen One is the model for what is likely to be the only practical and commercially available technology that will enable smaller vessels to run for multiple days on a single fuel load and without the need for dedicated refuelling facilities”.

Complita added that the design and the technologies used on Hydrogen One can be easily scaled to suit any vessel with a similar need to operate on variable routes with multiple-day transit times.