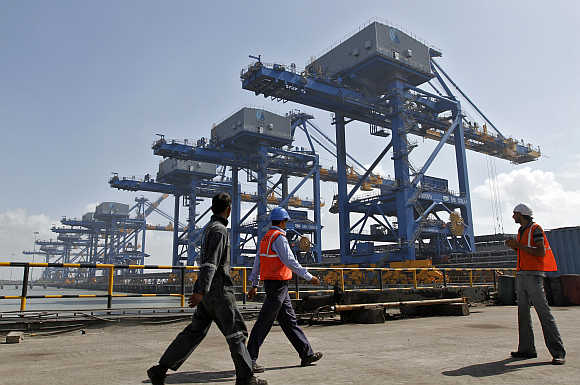 State-owned Jawaharlal Nehru Port Trust (JNPT) is drafting a special voluntary retirement scheme (SVRS), joining Chennai Port Trust in packing off workers as the Parliament looks set to pass a bill that seeks to convert ‘port trusts’ into ‘port authorities’ in the biggest structural reform of 11 of the 12 ports controlled by the Central government.

The Major Port Authorities Bill is included in the list of bills to be taken up for passage by Parliament in the monsoon session beginning Monday.

Under the new law, the 11 ports will don the role of landlords – a model widely followed globally wherein the publicly governed port authority acts as a regulatory body and as landlord while private companies carry out cargo handling activities.

Here, the port authority maintains ownership of the port while the infrastructure is leased to private companies that provide and maintain their own superstructure and install their own equipment to handle cargo. The landlord port, in return, gets a share of the revenues from the private entity.

Accordingly, the cargo handling facilities run by the ports themselves will have to be privatised through the PPP mode, putting a question mark over the fate of thousands of workers deployed for cargo operations.

While the new law will not directly facilitate corporatisation of major ports, workers unions fear that the government would issue an order using Section 53 of the proposed Act to achieve this long-pending objective.

“The Board (of each port authority) shall in discharge of its functions under this Act, be bound by such directions on question of policy as the Central Government may give in writing from time to time,” according to Section 53.

Unless the ports are converted into companies, the government cannot list them on the stock exchanges and potentially disinvest or privatize them. Corporatisation will also help the government receive dividends from these ports.

The major ports had 28,852 full-time employees on March 31, 2019 of which 26,080 were Class 3 and 4 cargo handling and non-cargo handling workers while 2,772 were officers. The numbers would be a few hundred less now after superannuation of employees.

JNPT, a relatively young port – it started operations in 1989 – compared to others, will be the first to be converted into a port authority when the bill is signed into law.

Anticipating the new legal structure under which it will be operating, JNPT has already started preliminary work on privatising the 1.35 million TEU capacity container terminal run by the port itself and one of the five overall at the port, multiple sources told BusinessLine.

The SVRS plan being drafted by the JNPT management is “more attractive” than the one passed by the board of trustees of Chennai Port Trust on September 11.

“Compared to Chennai Port Trust, the SVRS being drafted by JNPT is very attractive. The intention is to push out as many workers out as possible,” a person briefed on the plan said.

Chennai Port Trust currently has 3,846 employees on its rolls including 3,646 Class 3 and 4 workers.

Other ports are also expected to come out with SVRS.

Kamarajar Port Ltd is excluded from the new law because it is run as a company.