Woodside To Lead Study Of Ammonia Supply Chain For Japan 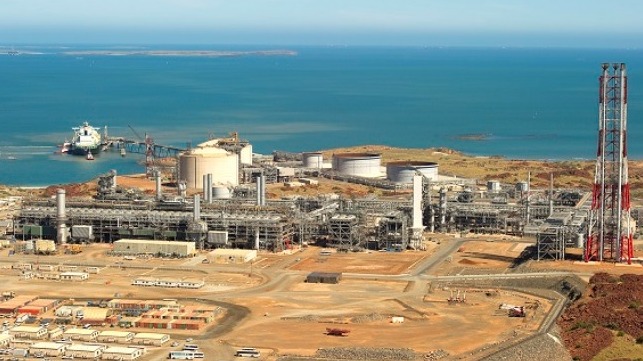 As Japan aggressively pursues its new sustainable energy policies, companies are seeking ways both to support the transition and replace lost business opportunities from the traditional trade. Australian liquified natural gas company Woodside Energy, which has a large trade with Japan, announced plans to work with some of Japan’s leading companies to conduct a feasibility study into the development of a clean fuel ammonia supply chain from Australia to Japan.

Given existing proven technologies for the production, storage, and transportation of ammonia, the companies said that ammonia is expected to have early take-up as a zero-emission fuel. Woodside Energy is working in conduction with Japan Oil, Gas and Metals National Corporation, Marubeni Corporation, Hokuriku Electric Power Company, and The Kansai Electric Power Co. under a joint research agreement to explore the opportunities for ammonia as a future fuel.

The Japanese government produced Japan’s Green Growth Strategy, released in December 2020 and further enhanced in June 2021. The strategy positions ammonia as one of the key opportunities for Japan to achieve carbon neutrality by 2050. Long a trading partner with Japan, Australia will look to develop its natural resources as a means of replacing the current trade in Australia LNG and coal, which fuels large portions of Japan’s current industrial base. During a Japan-Australia summit meeting in June, the “Japan-Australia Partnership on Decarbonization through Technology” was presented including position ammonia as the leading candidate as a future sustainable fuel source. Japan and Australia have committed to working together to promote ammonia as a fuel.

Under the joint agreement, the companies will conduct a feasibility study exploring the ammonia fuel supply chain, including the production of clean ammonia fuel in Australia from natural gas using CO2 abatement technologies including carbon capture and storage or utilization, and bio-sequestration. They will explore marine transportation for the ammonia produced in Australia to Japan as well as the use of ammonia as a fuel for power generation and marine use. They will also explore the financial considerations for developing the supply chain.

Previously, Japan and Australia had committed to exploring the hydrogen supply chain as another element in the transition to sustainability.

Under the plan presented by the government, Japan is targeting doubling its use of renewable energy sources to provide as much as 40 percent of the country’s electricity by 2030. Current power sources including LNG, coal, and nuclear are all projected to decline as the country moves to wind power generation and begins to introduced hydrogen and ammonia to replace fossil fuels.