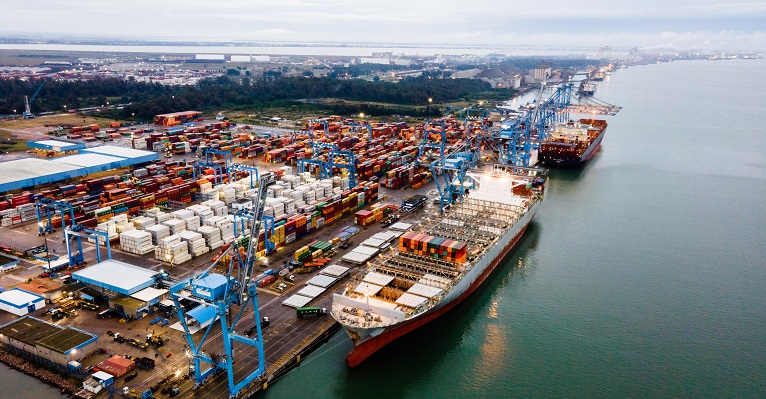 Brazilian port and logistics operator Wilson Sons recorded a milestone with making the largest transhipment operation, 7,833 movements, at Rio Grande container terminal in the port of Rio Grande from the boxships CSAV Trancura and Skyros, both owned by Hapag Lloyd.

The operation took place to reposition empty containers between Brazil and ten other countries -Netherlands, England, Portugal, Germany, France, Russia, India, Israel, Turkey and Senegal. Skyros sailed onto Singapore and CSAV Trancura was deployed on the Brazil-Europe route service. The last transhipment record was registered at Rio Grande Container Terminal in June 2012, with the transfer of 2,763 containers on Aliança’s ship Leblon.

The two vessels also made record handling in a single operation since the beginning of Rio Grande Container Terminal’s activities with a total of 4,271 movements in Skyros and 4,324 movements in CSAV Trancura. The two operations took place simultaneously, using up to four STS (super post-panamax) cranes on each ship.

With more than 20 years, Rio Grande Container Terminal is one of the most important container terminals in Latin America with a capacity of 1.4m teu. It operates the main shipping lines that call the country and serves around 3,000 importers and exporters. It has the capacity to operate the largest ships that sail the world and has an official draught of 15 metres.