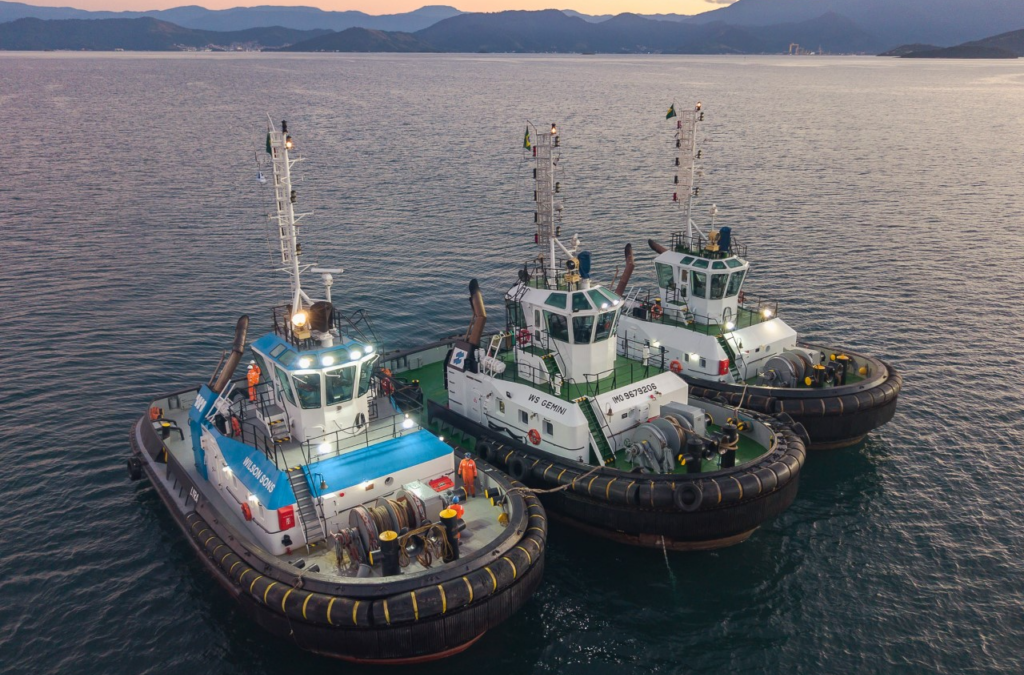 To meet the oil and gas industry new projects demands, Wilson Sons is investing in the port support market with the construction of a series of six high-powered tugs.

The new units are being built at Wilson Sons’ shipyard in Guarujá. Sao Paolo to IMO TIER III standards.

A study carried out by Wilson Sons, the largest integrated operator of port and maritime logistics in Brazil, shows that 22 FPSOs (are expected to start operating in the country between 2022 and 2026.

With a fleet of 80 tugs, the largest on the Brazilian coast, Wilson Sons participated this year in more than 20 operations for the oil and gas market, including assistance to FPSOs, rigs, shipyards and FSRUs consolidating itself as a reference in the provision of port support services for this sector.

“Over the next four years, we will have a considerable number of platforms starting to operate, others being decommissioned, new LNG terminals, which brings a series of opportunities for the supply chain in this industry”, commented Elísio Dourado, commercial director of Wilson Sons’ Towage division.

“We have experienced consistent growth in this market, which we are looking closely at. These are complex operations that demand great care with safety and intense training of the crew. And safety is, without a doubt, one of the main pillars of the Wilson Sons’ Group,” said Dourado.