Why are Vessels referred to as ‘SHE’ 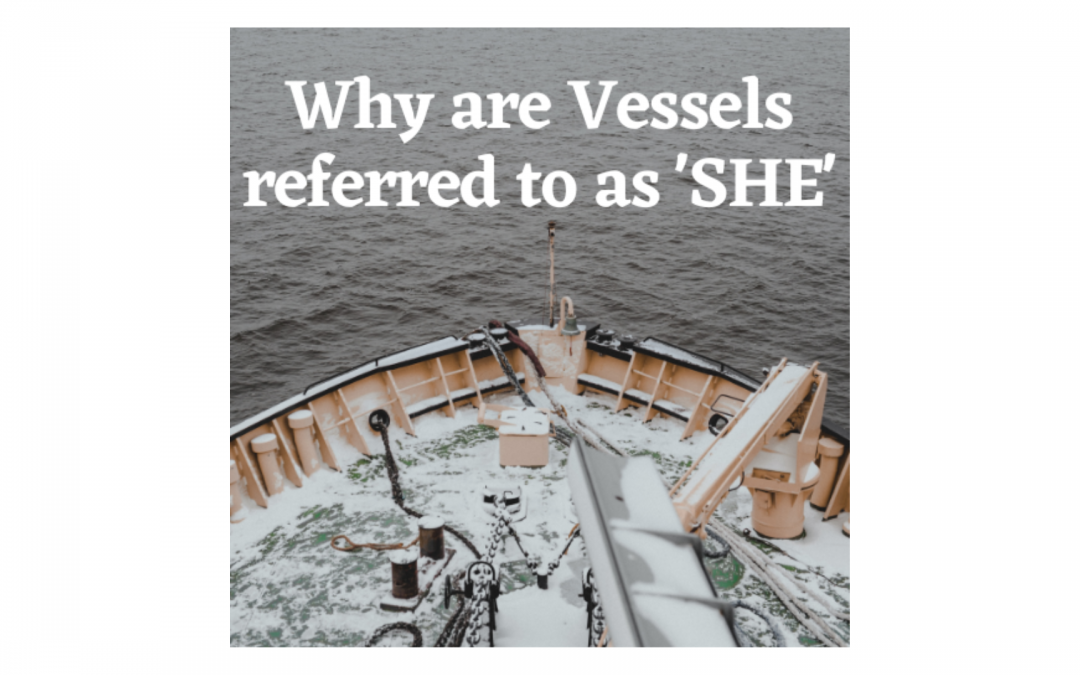 Ever wondered why we refer to a vessel as ‘SHE’? However, even the Lloyd’s Register Foundation doesn’t provide us with theories for a ship’s association with the female gender. Here are a few theories we found while searching for reads, and you can decide which you prefer.

To start with, the English Oxford Dictionary traces the word origin for ‘Ship’ from the Latin word ‘navis’, which is a feminine noun. The use of pronouns ‘he’ or ‘she’ is generally when the sentence refers to people and we use ‘it’ when the subject refers to things or animals. If you notice closely, we tend to call things personal to us as ‘he’ or ‘she’, giving them a gender identity. In connection with this, Shipping has traditionally been a male-dominated industry, and the vessel the seafarer sails on has a very close relationship in their life. The seafarers establish a personal attachment to their ships which would result in using personal pronouns and hence calling their vessels ‘she’. Well, this is just one of the theories.

Secondly, the first journey or a brand-new ship is often called the Maiden Voyage. The word Maiden means ‘a girl or young woman who is not married’.  So, ideally, the pronoun is not the only female thing when we refer to ships as She. History has it said that, In the naming ceremony, the general wish of everyone is for the ship to prosper. Frequently, “God bless her, and all who sail on her” is a common way to cap off a speech during the ceremony.

Speaking of ceremonies, the tradition is for a ship to have a godmother. The ship’s godmother is chosen and given this honorary title to bless and guard the ship. It’s also common to refer to ships as having “sister ships.” A vessel with a similar or identical design is called a sister ship. Most cruise lines as well as traditional merchant vessels such as container ships will have sister ships that together make up a group referred to as a class.

Needless to say, the ‘ship as a she’ phenomenon has been in steady decline, with many shipping registries and journalistic sites calling ships ‘it’ for years now. Since 2002, Lloyd’s List, which began reporting shipping news in 1734, has referred to all vessels as “it”, and many news sources have adopted this new convention. Happily, most sailors have not.

Let us know in the comments your stories with your vessel.