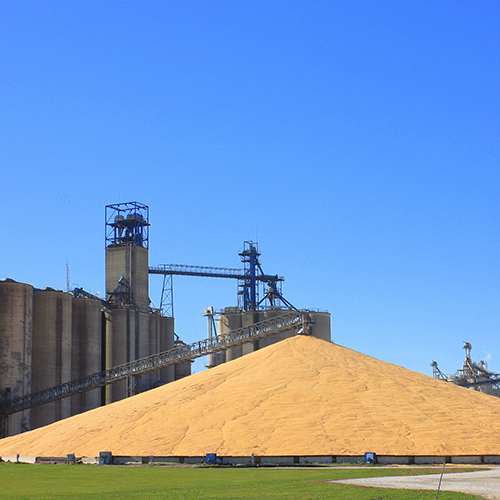 Seaborne Ukrainian grain flows through the Black Sea jumped during the week Jan. 16-22, with volumes up 82% on the week to reach 893,874 mt, and the average cargo size now trending at the highest levels since the inception of the safe passage agreement, an analysis of UN’s Black Sea Grain Initiative Joint Coordination Centre data by S&P Global Commodity Insights showed Jan. 23.

“No improvement, vessels in Odesa, Chornomorsk, Yuzhny are not moving faster than before — big delays at the JCC,” said a chartering broker from the region. “Electricity [at the port] is given in certain periods of time per day, for instance 0900-1200 in, and thereafter 1200-1600 out, but it’s always different.”

The UN-brokered Black Sea Grain Initiative — signed last July by Russia, Ukraine and Turkey and renewed in November for another four months starting Nov. 19 — enabled the resumption of exports of grains and other foodstuffs from the three key Ukrainian ports of Chornomorsk, Odesa and Yuzhny/Pivdennyi on the Black Sea, with cumulative grain shipments under the safe passage deal reaching over 18.33 million mt as of Jan. 22, according to JCC data.

Market sources reported that the average waiting time has been hovering close to 4-5 weeks for inbound shipments, and about 7-10 days for outward vessels.

Spot freight rates for Handysize vessels for Ukraine-to-Egypt trips were heard to trend near $38.50/mt and closer to $37/mt for shipments headed to Mersin-Iskenderun, a charterer said.

Freight rates for Handysize vessels headed to the Spanish Med. were reported closer to $43/mt with 10 days free at Bosporus.

“Average age of vessels is way above 10 years and still mainly a Handysize size,” a ship-operator said, explaining that “Black Sea is very discouraging as rates keep falling and the premium for the corridor is dwindling.”

Supramax vessels compete on Handysize cargoes to do business there at very low rates; time charter rates for Supramax vessels were seen between $7,000/d-$8,000/d while for they trended near the $6,000/d-$7,000/d range for Handies, a charterer said.

According to the JCC, the number of inspection teams remains at three, with plans to conduct nine inspections on Jan. 23, four on inbound vessels and five on outbound vessels.

“Currently, 35 vessels are waiting for inspection: 5 of them waiting to move into Ukrainian ports and 30 loaded with cargo waiting to sail to their global destinations. 85 applications for participation in the Initiative have been submitted,” the JCC said Jan. 22.

In addition to a substantial recovery in weekly grain flows, the average cargo size for the week Jan. 16-22 pushed through the previous record of 41,414 mt during the week Dec. 19-25 to reach 47,046 mt, also jumping by over 82% on the week, JCC data showed.

The largest cargo observed during week 3 was a 74,904 mt shipment of wheat headed to Spain aboard the 2019-built, 82,000 dwt Star Sapphire, which departed from the terminals of Yuzhny/Pivdennyi Jan. 19.

Europe and Central Asia accounted for the lion’s share of the flows during week 3, increasing their portion to 57% from 51% during week 2, with the East Asia and Pacific region attracting nearly a third of all shipments during the period Jan. 16-22, compared with 27% the week prior.

The remaining flows were seen headed to South Asia, Sub-Saharan Africa, as well as Middle East and North Africa, according to JCC data.

The share of corn shipments increased to 47% of the total weekly flows during the period Jan. 16-22, in comparison to 43% during the previous week with wheat now accounting for over 32%, up from 20% the week prior, and rapeseed over 10%, data from the JCC showed.

Barley and sunflower products accounted for the rest.