Wakashio splits in two off Mauritius 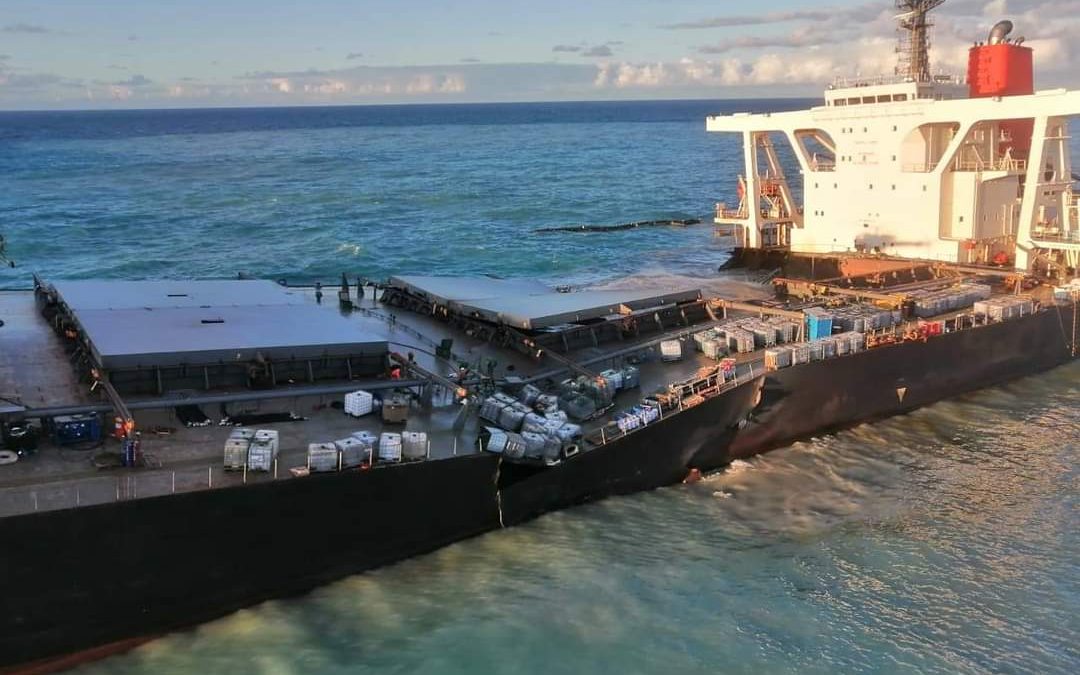 The Japanese bulk carrier which spilt tonnes of oil into the Indian Ocean off Mauritius split in two on Saturday afternoon.

The Wakashio has been stranded in the water since it struck a reef on July 25.

A plan to tow the ship back to shore has been “implemented” and the clean-up operation is ongoing, the Mauritius National Crisis Committee said.

Operations to minimise damage to the local environment are expected to become harder thanks to the weather, which forecasters expect will deteriorate over the next few days with waves of up to 4.5 m.