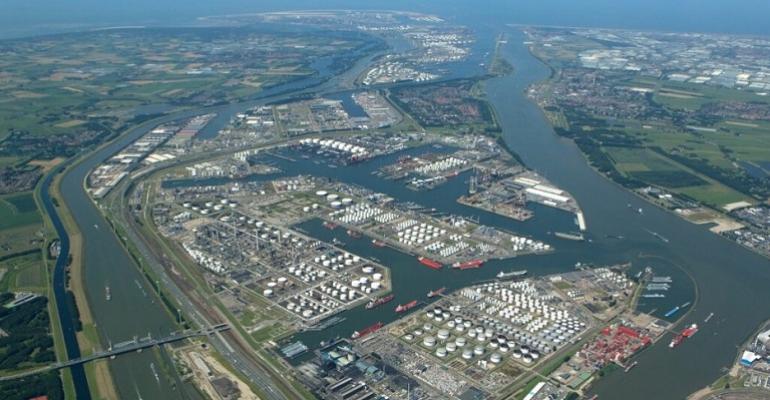 Gasunie, HES International (HES), and Vopak will develop an import terminal for green ammonia as a hydrogen carrier in the Port of Rotterdam.

Under the agreement companies will start working on the basic design of the import terminal. The terminal, which will operate under the name ACE Terminal, will come online in 2026.

Green ammonia as a hydrogen carrier will play a vital role, the companies say. Reacting green hydrogen with nitrogen forms green ammonia, allowing the hydrogen to be efficiently and safely transported in large volumes. It can then be stored and converted again to green hydrogen.

Green ammonia is also immediately usable as CO2-free fuel for example for shipping or as a raw material.

At the location on Maasvlakte, Rotterdam, vessels can moor to discharge green ammonia, and in the initial phase possibly also blue ammonia. Use can be made of the existing infrastructure and facilities of the Port of Rotterdam. The site also offers space for the development of an installation for converting ammonia into hydrogen.

HES operates an existing facility in Maasvlakte, and Gasunie has storage tanks and a system of pipelines. Vopak, with six ammonia terminals around the world and has experience in the safe storage of the fuel.