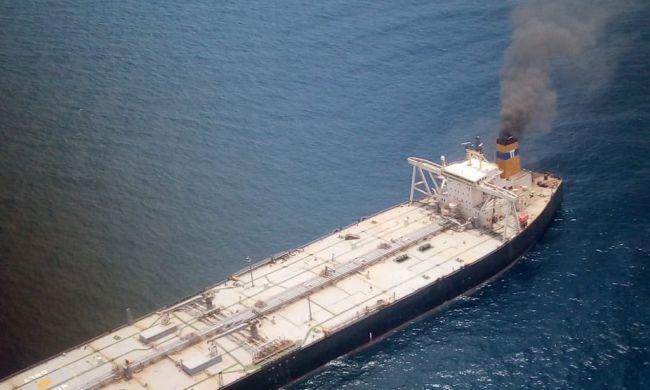 The ship – MT New Diamond, which was built in 2000 with 300,000-dwt capacity, was heading to the port of Paradip in India where the Indian Oil Corporation operates a 300,000 barrel-per-day refinery. The tanker has been chartered by Indian Oil Corp (IOC).

To assist in fire fighting and rescue actions, the Indian Coast Guard and Sri Lankan Navy are carrying out a joint operation.

Srilankan Navy has deployed two navy ships and an aircraft to the accident site to help in the rescue effort.

“The Sri Lanka air force has scrambled an observation aircraft and the navy has sent in two ships to help with rescue efforts,” navy representative Commander Rajapaksa told Reuters.