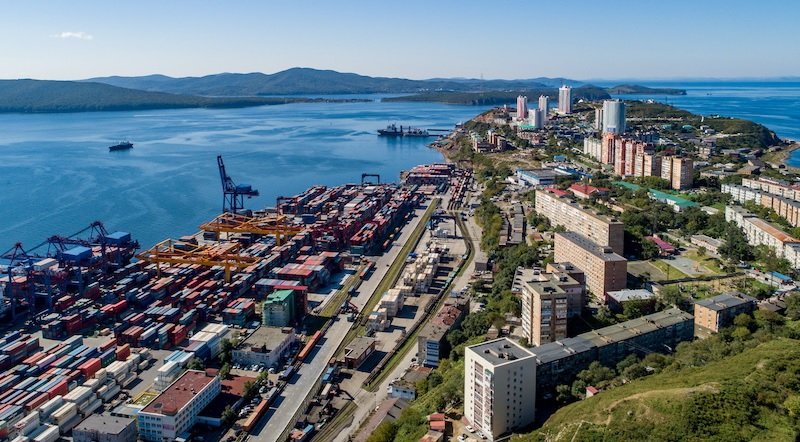 The duo signed a cooperation agreement during the Eastern Economic Forum (EEF) being held in Vladivostok.

As explained, the Eastern Transport and Logistics Hub is intended for container handling between Arctic class ships and feeder ships.

The Eastern TLU will be part of the Eurasian Container Transit project, which envisages the development of container cargo transportation in the direction of East Asia – North-Western Europe, including using the Northern Sea Route (NSR), which provides for the creation of two transport and logistics hubs – in the west and in the east of Russia and organization of container transportation between these nodes by ice-class vessels.

To achieve these goals, the parties plan to create a port infrastructure on the territory of the Commercial Sea Port. This will increase the port’s capacity and attract additional cargo traffic on the route.

“The Eurasian Container Transit project aims to create an additional global transport route between Europe and Asia to increase the stability of the global logistics system and greater integration of Russia into world trade,” Kirill Komarov, First Deputy Director General for Development and International Business of ROSATOM, said.

“We have a lot of work to do to create the appropriate infrastructure on the way to launch the project, and today we are taking an important step in this direction.”

During the forum, Russia’s President Vladimir Putin announced that the country is expected to start regular container shipments via NSR in 2022.

Over the past years, Russia has been investing in infrastructure to develop the promising new transport corridor.

Despite competitive advantage this route represents for the shipping sector, several shipping majors including CMA CGM, Hapag-Lloyd and MSC pledged not to use NSR stating environmental concerns.

According to these companies, the use of NSR would represent a significant danger to the ecosystem due to the possibility of oil pollution, collisions, and accidents.