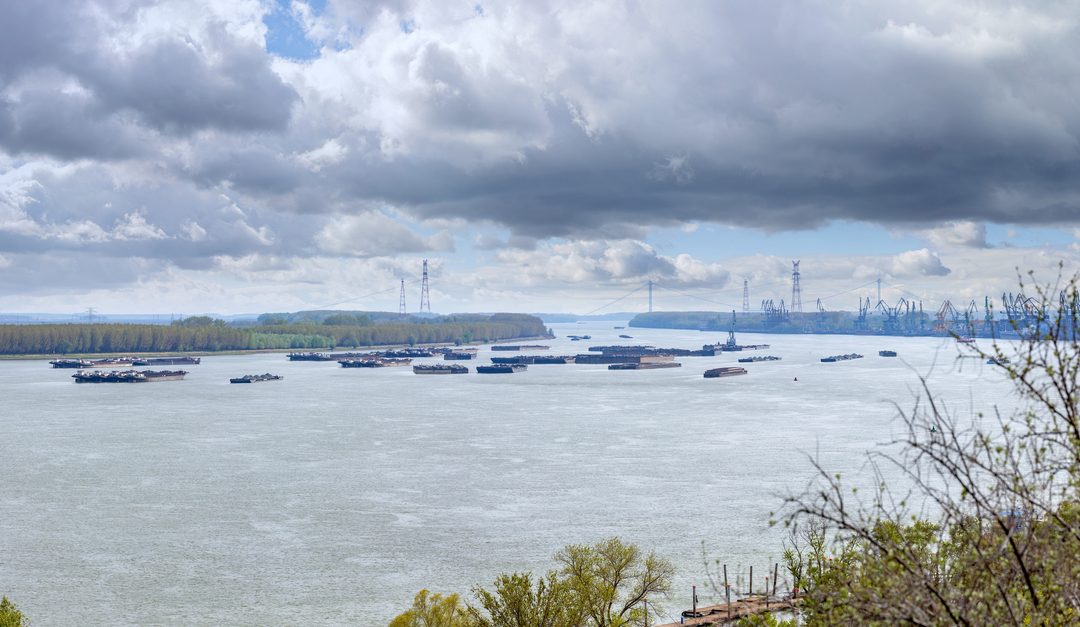 The middle and lower parts of the Danube River have been closed to navigation since July 25 due to a sharp decrease in water levels, a circumstance that makes vessels of the Ukrainian Danube Shipping Company to transport smaller cargoes, the Ukrainian media said.

The largest number of vessels of the Ukrainian Danube Shipping Company’s fleet is concentrated in these districts, company general director Dmytro Moskalenko said.

“Convoys of the Ukrainian Danube Shipping Company now have to operate in extreme conditions. This exceptionally challenging navigation situation has caused our vessels to carry smaller cargoes, which negatively affects the volumes of cargo traffic,” Moskalenko said on social media.

Measurements at the Cernavoda water gauging station show that water levels there dropped by several meters as compared to July 2021. Whereas Ukrainian Danube Shipping Company vessels’ load draft was 2.1 meters last week, this week it was a mere 1.8 meters in the direction of Constanta, Moskalenko said.

“As compared to operations in routine conditions, the weight of cargo carried by vessels dropped by a third – from 1,600-1,500 tonnes on average to 1,000 tonnes,” he said.

The Danube River’s low-water season usually peaks in September-October, Moskalenko said. However, this year water levels have already dropped critically because of the absence of rain in the area of the Danube River and its main tributaries (Sava, Drava, Tisza, and Morava) due to this year’s abnormal heatwave in Europe.

“It is difficult to forecast how the situation will unfold further. In any case, we cannot allow navigation to stop and will work in conditions of the minimal possible load draft. But as long as the Larger Odesa ports remain closed, the Danube region remains the only available gate for transporting grain to Europe,” he said.