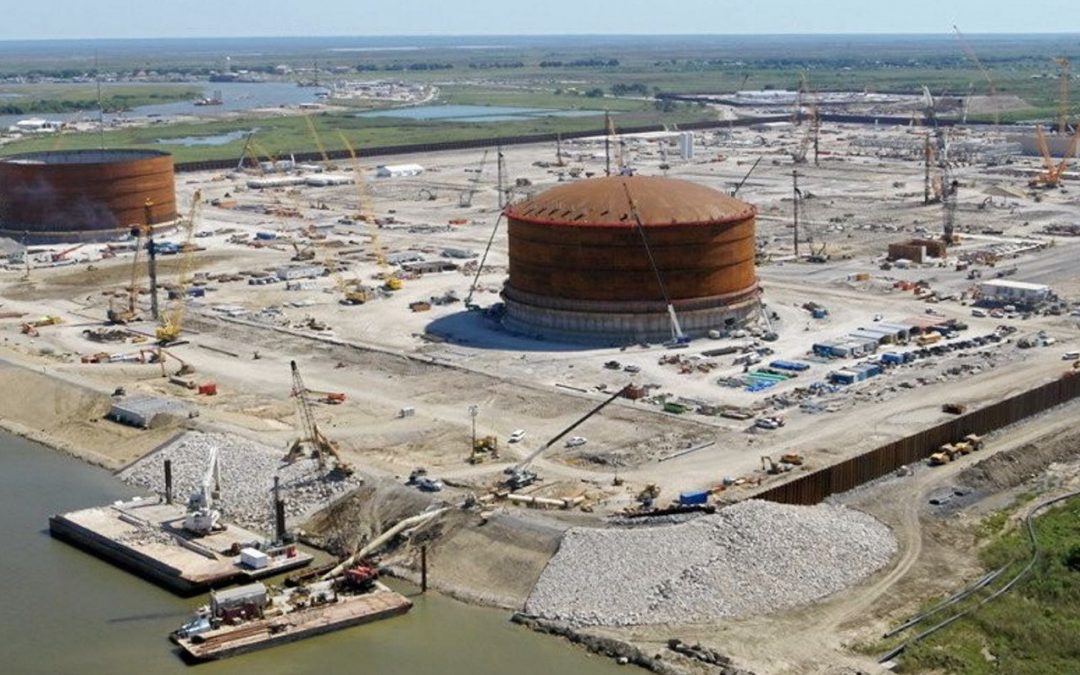 Venture Global LNG’s Calcasieu Pass appeared to be ramping up production at the Louisiana facility Feb. 4 as it prepared to load its first export cargo, possibly within days.

The operator was asking US regulators for permission to load its first export commissioning cargo on or after Feb. 9.
Feedgas deliveries to the terminal were at their highest level to date on Feb. 4, S&P Global Platts Analytics data showed. A day earlier, in a commissioning status report to the Federal Energy Regulatory Commission, Venture Global said that first LNG production had occurred on Jan. 19.

The increased US LNG export activity comes at a time of high end-user prices and low shipping costs — dynamics that have supported strong US FOB Gulf Coast LNG cargo values. S&P Global Platts assessed the Gulf Coast Marker at $25/MMBtu on Feb. 4, up 10 cents/MMBtu on the day. The latest value is more than five times higher than on the same day a year earlier.

Forecasts suggest the US will become the world’s biggest LNG exporter on an annualized basis this year.

There are now seven major US LNG export facilities operating in the US. Besides Calcasieu Pass and Sabine Pass, the others are Cove Point Liquefaction in Maryland, now operated by Berkshire Hathaway; Cheniere’s Corpus Christi Liquefaction in Texas; Sempra Energy’s Cameron LNG in Louisiana; Kinder Morgan’s Elba Liquefaction in Georgia; and Freeport LNG in Texas.

Total US LNG feedgas demand, based on nominations for the morning cycle, surged to 13.15 Bcf/d on Feb. 4, up from 12.67 Bcf/d the previous day, Platts Analytics data showed. Flows to Calcasieu Pass rose to a record 178.5 MMcf/d, while flows to Sabine Pass rose above 5 Bcf/d, the highest level since Jan. 26.

At Calcasieu Pass, Venture Global currently has approval to flow feedgas to four of the 18 liquefaction trains for commissioning purposes. The operator has declined to say whether it would cool down its two storage tanks before exporting its first cargo, and if so whether it would bring in an import cargo to do so. And, based on the compressed timeframe under which it hoped to export its first cargo, it was unclear whether it would have time to do that now. In a Feb. 3 filing with FERC, the operator sought permission to “load Calcasieu Pass’ first LNG export commissioning cargo on or after Feb. 9.” A Venture Global spokeswoman did not immediately respond to a request for comment Feb. 4.

No ships had docked at the facility or had captain’s destinations set for the facility as of early afternoon local time Feb. 4, based on data from Platts cFlow trade-flow analytics software. The unladen LNG tanker Isabella, which was holding for orders, was anchored in the Gulf of Mexico not far from the channel that feels Calcasieu Pass, cFlow showed. The Isabella was said to be controlled by Norway’s Equinor, according to market sources.