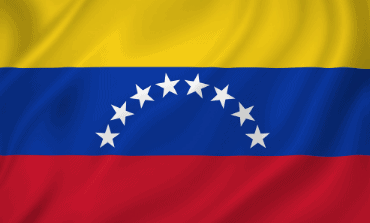 Venezuela is ramping up its production and export of coal to European nations, according to export figures and vessel tracking data, as it seeks new sources of foreign currency amid tightening U.S. sanctions aimed at topping President Nicolas Maduro.

This year, exports are on track to exceed that, with shipments of 365,000 tonnes through June generating $37 million, according to the data.

The rising exports show how the OPEC nation has found new sources of overseas earnings following U.S. sanctions on its vital oil and gold industries in the past two years, adapting to restrictions as they arise.

Neither Venezuela’s information ministry nor state-owned coal company Carbozulia responded to requests for comment about the increase in shipments or its customers.

While the rising coal exports do not come close to covering billions of dollars in lost oil revenues, even modest sources of foreign exchange – such as coal or cocoa exports – are a boon to Maduro’s bid to hold onto power.

Britain – which does not recognize Maduro’s government and has placed financial sanctions on dozens of Venezuelan politicians and military officers – was one of the main destinations for coal exports.

The U.K. Foreign, Commonwealth & Development Office told Reuters to seek comment from the Department for International Trade, which did not respond to a request for comment.

One cargo that left Maracaibo port in western Venezuela in mid-March destined for Belfast was purchased by Lissan Coal Company, a unit of LCC Group, according to a Venezuelan port document.

While U.S. sanctions do not explicitly mention coal, they do threaten to sanction any company deemed to have “materially assisted” the government.

Peter Harrell, a sanctions expert at the State Department under Democratic former President Barack Obama, said that likely gives the U.S. government the legal authority to expand sanctions to Venezuela’s coal sector, but it was unlikely to sanction European buyers without warning.

“It would be highly unusual for the U.S. government to sanction a company trading Venezuelan coal without first specifically sanctioning the state-owned enterprise coal exporter,” Harrell said.

Venezuela’s annual coal production boomed from less than 100,000 tonnes in 1988 to 8 million tonnes in the mid-2000s, making it Latin America’s third-largest coal producer behind Colombia and Brazil, according to the U.S. Geological Survey.

Output declined after Venezuela’s ruling socialist party boosted the state’s role in the industry, and by 2017 the country produced just 170,000 tonnes of coal, according to the mining ministry.

The jump in exports came after Venezuela’s state-owned coal company Carbozulia formed a joint venture with a Turkish company, Glenmore Proje Insaat, in 2018 – one of several strategic alliances made with foreign companies in a bid to boost mining output.

The joint venture, Carboturven, has a 20-year license to mine coal in the western state of Zulia.

One person familiar with the Paso Diablo mine’s operations, who spoke on the condition of anonymity, said production had improved since the joint venture was formed.

Glenmore – which has since changed its name to Glenmore Dis Ticaret Ve Madencilikis – is wholly-owned by a British company, according to a review of Turkish and British corporate records

The British firm, London-based Glenmore Solutions Limited, has come under scrutiny by Italian authorities as part of their money laundering probe into Alex Saab, a Colombian businessman close to Maduro, according to a person familiar with the investigation.

At issue is whether Saab used a number of overseas companies that he created to hide the origin of his money, according to the person, who spoke on the condition of anonymity and did not provide further details because the investigation is ongoing.

Lawyers for Saab, who is detained in Cabo Verde fighting a U.S. extradition attempt on charges including money laundering, declined to comment. Saab calls the U.S. charges against him politically motivated.