Valenciaport Strengthens Relations With The Chinese Region Of Fujian 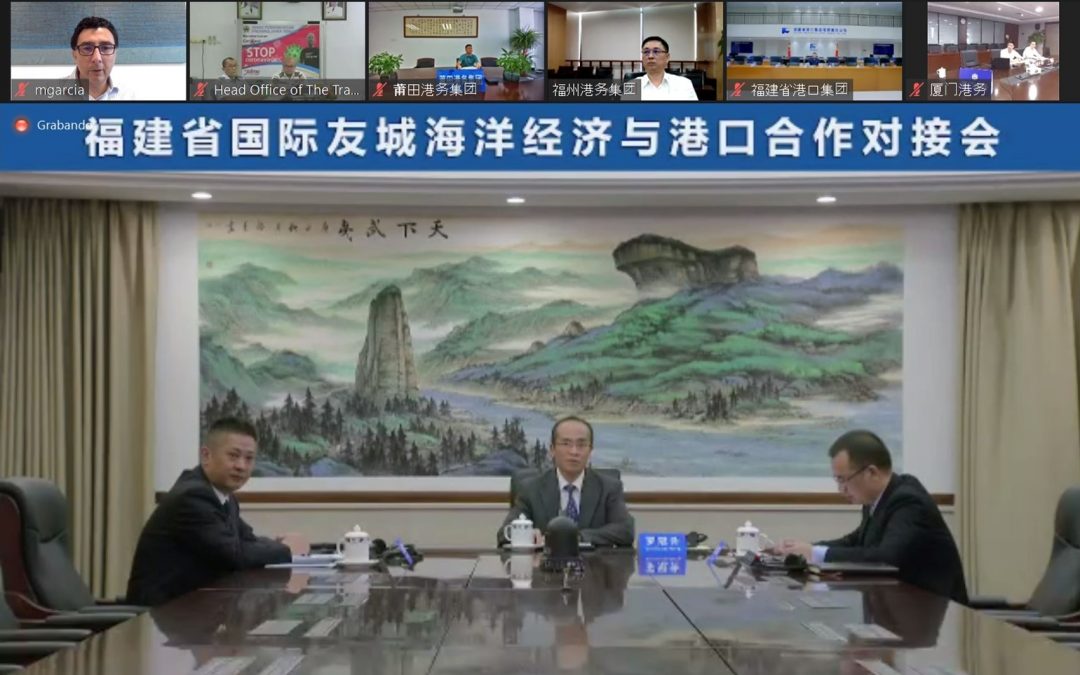 China is Valenciaport’s main trading partner and represents 15% of the total container traffic handled through the docks of the port precinct. “We are the gateway to Spain for foreign trade with China, with which we maintain a close relationship and cooperation with regions such as Fujian with which we share our knowledge, experience and good practices”, explained Manuel García, head of Business Intelligence who participated in the seminar ‘International Friendship Cities on Marine Economy and Port Cooperation’, which brought together port managers from all over the world.

During his speech, the head of Valenciaport explained that “the Port of Valencia is the leading container port in the Mediterranean, and the fourth port in Europe behind only the countries of the North. In addition, we are a benchmark in various fields such as training, digitalisation, green transition and sustainability”.

China is the natural trade and cooperation partner of Spanish ports, and Valenciaport is the main gateway for foreign trade between China and Spain. In fact, the Asian country represents 15% of Valenciaport’s total container traffic. Over the last 10 years, Valenciaport has handled 5 million import and export containers (TEUs), to which must be added a further 2.4 million TEUs in transit to/from other ports in the Mediterranean and Africa.

Valenciaport is an active part of this forum on Maritime Economy and Port Cooperation, whose purpose is the exchange of ideas among the participants for the construction of an open international port ecosystem that cooperates with the good development of the cities and regions along the 21st Century Maritime Silk Road.