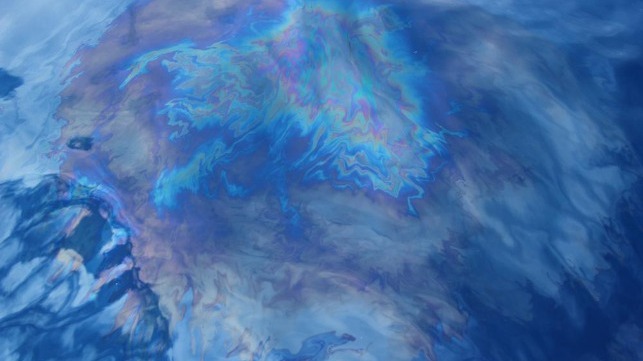 Days after the sinking of a small tanker off Yemen renewed the focus on the dangers of an environmental disaster in the war-torn region, United Nations officials again expressed their ongoing disappointment that an agreement can not be finalized with the rebel forces to inspect a floating storage tanker anchored off the port of Ras Issa. July marks two years since the UN published a report on the dangers of the FSO Safer and the potential for an oil leak or explosion on the aging vessel, which only has a skeleton maintenance crew with little resources.

“The big point of dispute, really, is that (the Houthis) want an agreement in advance to perform light maintenance, and they want the light maintenance activities to be mentioned in the (November 2020) mission plan,” Farhan Haq, a spokesman for UN Secretary-General Antonio Guterres, said during a press briefing on Monday, in response to a question reports that Arab News media outlet.

In a report released in July 2019, the UN said the 1976-built Safer has been inactive and lacked an organized maintenance program since the outbreak of Yemen’s civil war in 2015. The vessel is believed to have a cargo of about 1.1 million barrels of crude oil stored in her tanks. UN relief officials have warned repeatedly that the single-hulled FSO is not receiving the level of maintenance required, leading to the potential for a spill that could be four times as large as that of the Exxon Valdez in Prince William Sound, Alaska in 1989. That accident impacted over 1,300 miles of coastline, and Exxon estimated that it spent over $2 billion on the cleanup.

Last week, news reports highlighted a small tanker off the port of Aden on the Red Sea taking on water and sinking. Local authorities confirmed that the vessel was abandoned and they lacked the equipment to prevent the vessel from sinking. No official detail was released on the scope of the oil pollution, but some reports suggested it was covering a 12-mile section of the coast.

The FSO Safer is offshore in an equally sensitive region on the west coast of Yemen in the Red Sea. In addition to threatening one of the world’s busiest sea lanes, experts have repeatedly warned that if the FSO begins to leak the extent of the contamination to impact neighboring countries reaching from Saudi Arabia to Eritrea in Africa

In November 2020, the UN signaled that it had reached an agreement with the Houthi authorities to provide access and security for a team to visit the vessel and conduct an inspection. As the UN explains it, it is stuck because the Houthis want an advance agreement for repairs, but the UN teams first need to check the vessel and its safety. There are also disagreements over the security protocols for the team.

Last week’s incident prompted reporters to ask the UN spokesperson about the status of the efforts regarding the Safer during the UN’s daily briefing. Arab News is reporting that the UN spokesperson said, “We’re continuing to negotiate. We can’t provide those advanced guarantees (because of) the lack of safety aboard the ship. If it is safe, we are definitely willing to do light maintenance activities. First, we need to make sure it is safe.”

The UN is eager to help, he added, but a safety assessment is necessary before teams can carry out basic maintenance work “that we hope will buy more time for a longer-term solution. We also remain open-minded regarding any other safe and quick solutions to the problem.”