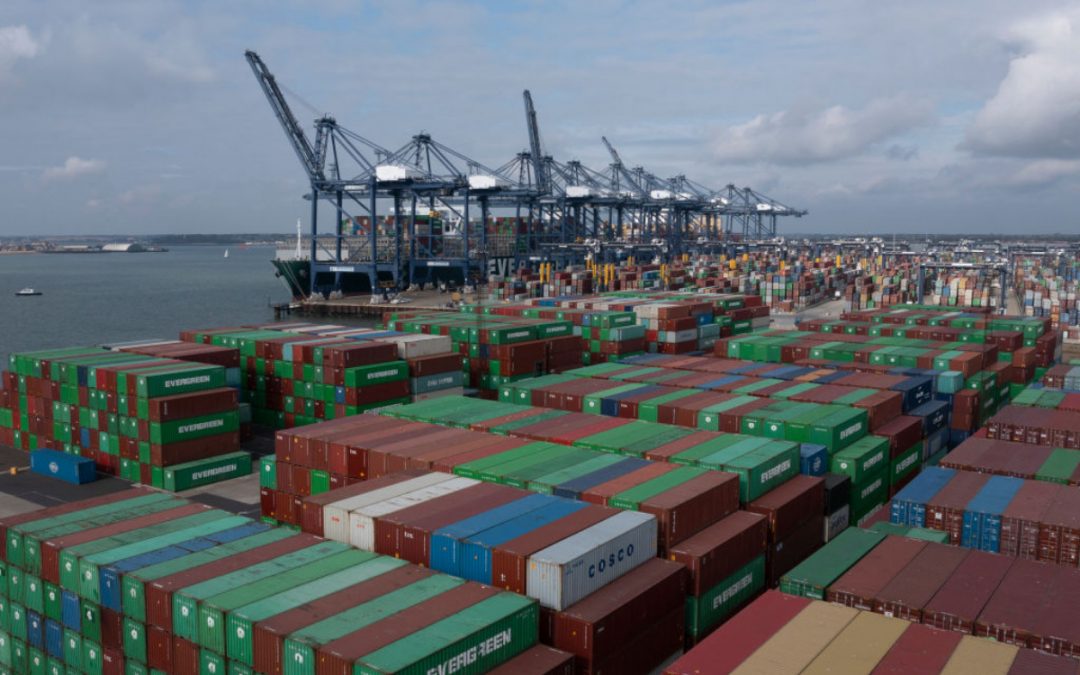 Workers at the UK’s largest container port will hold an eight-day strike at the end of August, union bosses said Friday, in the country’s latest industrial action over pay amid spiralling inflation.

“Workers at the port of Felixstowe will begin strike action later this month in a dispute over pay after peace talks… failed to produce a reasonable offer,” the Unite union said in a statement.

Over 1,900 workers will hold eight days of strikes from August 21 until August 29, it added.

The union said port operator, the Felixstowe Dock and Railway Company, had “failed to improve on its offer of a seven per cent pay increase,” with inflation predicted to hit 13 percent later this year.

Felixstowe, in east England, is the UK’s largest container port and handles 48 percent of containers brought into the country.

“Strike action will cause huge disruption and will generate massive shockwaves throughout the UK’s supply chain, but this dispute is entirely of the company’s own making,” said Unite’s national officer for docks, Bobby Morton.

The UK is mired in disputes over pay and conditions, with economic headwinds set to strengthen later this year.

Hundreds of workers at an Amazon warehouse in the UK downed tools Thursday in protest over a pay rise offer of 35 pence (41 euro cents, 42 US cents) per hour.

The GMB trade union said staff at the warehouse in Tilbury, southeast England, are seeking a £2-an-hour rise to help them deal with the cost-of-living crisis.

Train workers recently brought the country’s network to a virtual standstill when they held their biggest walkouts in three decades.