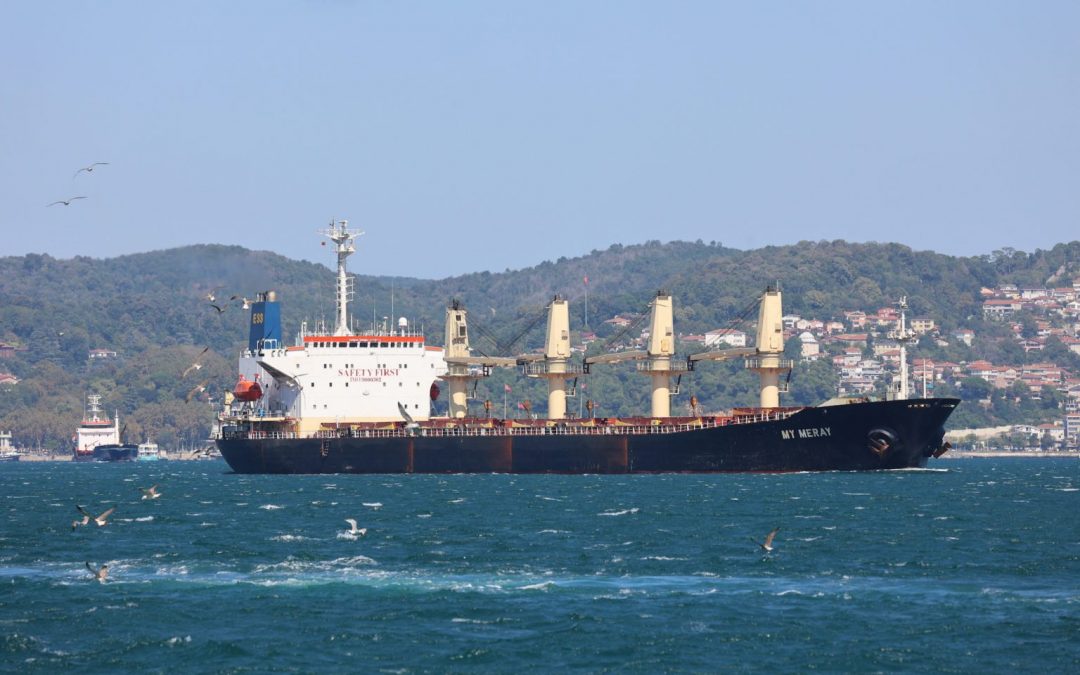 Ukraine’s decision to allow its seafarers to leave the country despite wartime restrictions will free up vital manpower for both Ukrainian grain exports and the wider global shipping industry, industry figures told Reuters.

The move, officially confirmed this week, is part of efforts by Ukraine to maximize its grain shipments via a UN-brokered corridor through the Black Sea, which lifted a Russian blockade of Ukraine’s south coast when came into effect in early August.

“We understand that the grain corridor depends on them (seafarers) and the world of international logistics also depends on them,” Viktor Vyshnov, deputy head of Ukraine’s Shipping Administration, told Reuters.

Industry figures said in late July, shortly after the grain export deal was agreed, that finding enough seafarers to crew the estimated 80 vessels stuck in Ukrainian ports since the start of Russia’s invasion in February would be a challenge.

While able-bodied Ukrainian men aged 18-60 are barred from leaving the country as fighting continues against Russia’s invasion, Ukraine’s government has waived the ban for qualified seafarers and those studying for a mariner qualification.

The move, first announced in late August by Prime Minister Denys Shmyhal, was decreed into law by his cabinet last Friday, according to a copy of the order published on Monday evening.

“According to the decree, all seafarers, whether they are leaving from Ukrainian ports or are going abroad to fulfill their contracts, can obtain the possibility to leave Ukraine,” Vyshnov said.

Shmyhal said in August that the decision would boost Ukraine’s wartime coffers, as it would “allow thousands of sailors to get jobs and (state) budget receipts to grow.”

Ukrainian seafarers make up 4% of the total global mariner workforce of 1.89 million sailors, according to analysis from trade associations the International Chamber of Shipping and BIMCO.

“They are vital cog in the global supply chain when it comes to providing well qualified seafarers,” Stephen Cotton, General Secretary of the International Transport Workers’ Federation (ITF) union, said.

Having Ukrainian seafarers back in the global shipping market will be important in filling demand for qualified sailors over the next four years, Natalie Shaw, director of employment affairs at the International Chamber ofShipping, told Reuters.

“The (ICS/BIMCO) report predicts that there will be a need for an additional 89,510 officers by 2026 to operate the world merchant fleet, and Ukraine supplies over 76,000 of the current workforce,” she said.

“In the (2021) report … Ukraine was listed as the top country companies are likely to recruit from,” she added.

The staffing situation on ships arriving in Ukraine has been complicated by the lack of clarity on the status of Russian merchant sailors.

The grain corridor deal did not clarify the status of Russian mariners aboard ships that come into Ukrainian ports, a spokesperson for Ukraine’s infrastructure ministry told Reuters.

A spokesperson for Ukraine’s border agency told Reuters that while he did not know of any cases of Russian seafarers receiving visas to enter Ukrainian territory during the invasion, this did not theoretically stop them from sailing into Ukrainian ports if they remained aboard their ship.

“If these people are refused entry … then they must remain aboard the ship until it leaves the port,” border agency spokesperson Andriy Demchenko said.

Ukraine’s foreign ministry, which is responsible for issuing visas, did not respond to a request for comment.

“Common sense says Russian-owned ships and Russian-crewed ships should be very careful about visiting Ukraine,” the ITF’s Cotton said. “At the moment I would not recommend it.”