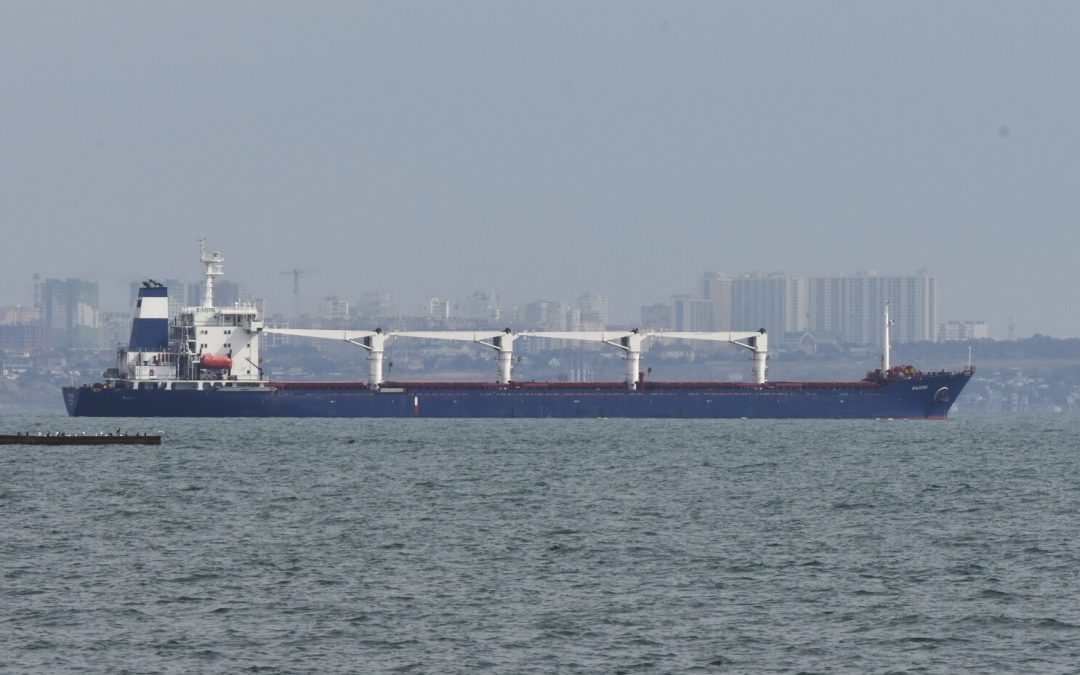 A Turkish bulk carrier is expected to arrive in the Ukrainian Black Sea port of Chornomorsk on Friday and will be the first vessel to arrive at a Ukrainian port during Russia’s invasion, a spokesperson for the regional administration of Odesa said.

“The Turkish bulk carrier Osprey S, flying the flag of Liberia, is heading from the Dardanelles Strait to the port of Chornomorsk,” Serhiy Bratchuk, the spokesperson, wrote on Telegram late on Wednesday.

“This will be the first vessel that has not been blocked in our ports since February 24, heading to (collect) Ukrainian export grain,” he said.

As of Thursday afternoon, Osprey S was anchored in the Sea of Marmara, around 1 kilometre (0.62 mile) off Istanbul’s Asian coast, along with other ships waiting to cross the Bosphorus in to the Black Sea, according to a Reuters witness.

The statement comes after Turkey and the United Nations brokered a deal between Russia and Ukraine that aims to ease a global food crisis.

A first vessel carrying Ukrainian grain set sail from the port city of Odesa on Monday and arrived at the north end of the Bosphorus Strait around 36 hours later.