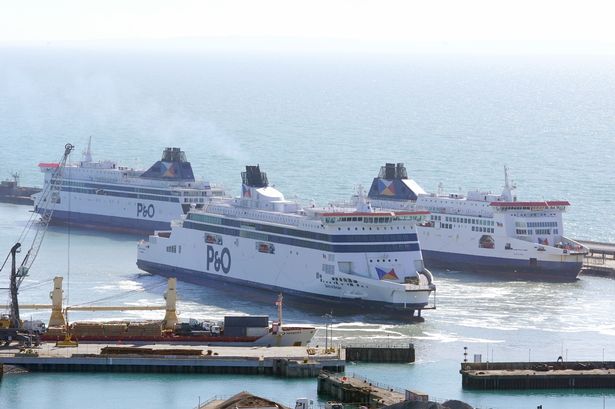 Nearly a week after P&O Ferries fires a quarter of its workforce without notice, the company continues to attempt to justify its actions while the U.K. government is investigating legal actions. Ferry service on most of the company’s routes continues to be suspended while labor unions are organizing protests in London and at ports across the UK and calling for a boycott.

Speaking in the House of Commons on Wednesday afternoon in his regular questions session, UK Prime Minister Boris Johnson was called on to address the firing of 800 seafarers by P&O. The BBC reported that Johnson responded to questions from the opposition saying, “It looks to me as though the company concerned has broken the law. And we will be taking action, therefore, and we will be encouraging workers themselves to take action.” Johnson said the company could “face fines running into millions of pounds” if it is found guilty.

The labor organization Nautilus quickly qualified the Prime Minister’s statements with a release that highlighted their position that the law “places a duty on any employer proposing to dismiss as redundant 100 or more employees at one establishment within a period of 90 days or less to notify the flag state, in writing, of their proposal before giving notice to terminate an employee’s contract of employment in respect of any of those dismissals.” The UK government also clarified the Prime Minister’s statements noting that the laws had been changed while they were in the EU so that government notification was not required but they also said advance flag state notification was required.

Mark Dickinson, general secretary, Nautilus International commented, “We believe the government must penalize P&O Ferries for their omission. The Prime Minister today confirmed at PMQs that he agrees with us.” Nautilus asserts that under the law P&O was required to notify Cyprus where most of its ferries are registered at least 45 days in advance and the authorities in Bermuda and the Bahamas where other ferries are registered 30 days in advance. The unions also noted in 2020 that P&O had notified them and the flag states before furloughs and layoffs.

Transport secretary, Grant Shapps, has also continued to speak out against the way P&O Ferries dismissed its employees. Last Thursday, the company instructed its ships to dock and unload while in a brief pre-recorded video the 800 employees were told it was their last day on the job and that they should leave the ships immediately. Shapps in the House of Commons on Monday again accused the company of acting in a “shameful and unacceptable way” and repeated reports that that P&O was asking employees to sign non-disclosure agreements as part of the severance packages. Shapps said they were using the orders to “keep employees quiet.”

Yesterday, P&O Ferries chief executive Peter Hebblethwaite issued a statement defending the company’s actions in response to a letter from British Business Secretary Kwasi Kwarteng. The executive argued that the company was faced with the alternative of a bankruptcy filing and acted to save the business and 2,200 jobs. He said the company believed the severance program would be the “largest compensation package in the British marine sector.”

P&O offered the terminated crewmembers two-and-a-half weeks’ salary for each year of employment, as well as up to 13 weeks’ salary in lieu of notice, and a further 13 weeks’ salary because of the absence of notification to the unions. The minimum compensation was reported to be nearly $20,000 with many workers getting nearly $130,000 and a few as much as $225,000. The company put the total value of the compensation package at over $48 million.

Maritime Union RMT (National Union of Rail, Maritime and Transport Workers) General Secretary Mick Lynch slammed what he described as a “disgusting statement” from P&O Ferries. “These are the actions of a bully trying to maximize profits by sacking workers and replacing them with agency staff below the minimum wage.” The union contends that the replacements hired from an agency are being paid less than $2.50 per hour. Nautilus also contends that at least some of the replacement workers have already quit their jobs after learning the circumstances of their employment.

“We are still experiencing some disruption however we are working to minimize the impact on your journey,” P&O Ferries’ update system advises travelers. As of March 23, service remains suspended between Dover and Calais as well as Hull and Rotterdam as well as other routes including Northern Ireland and Scotland. The company says that service between Liverpool and Dublin was restored, but there have been reports of union protests at Liverpool as well as Dover.

P&O executives were reportedly scheduled to meet with government officials on Thursday as the investigation into their actions continues. Opposition leaders are calling for the government to cancel a lucrative contract valued at $66 million with P&O. The Transport Secretary has reported it is under review.