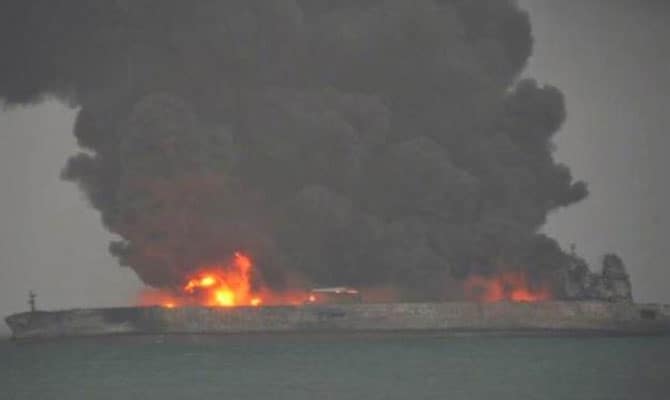 An oil tanker collided with a sand barge near the estuary of Yangtze River off Shanghai this morning, resulting in 14 crew missing.

According to a release by the Shanghai Maritime Rescue Center, oil tanker Long Qing 1, carrying around 3,000 of gasoline, collided with sand barge Shun Da 11. A major fire erupted onboard Long Qing 1 following the incident while the sand barge sank.

The rescue centre sent a team to rescue the 17 crew from the two vessels, and so far three have been rescued with 14 still missing.

Search and rescue operations are ongoing.