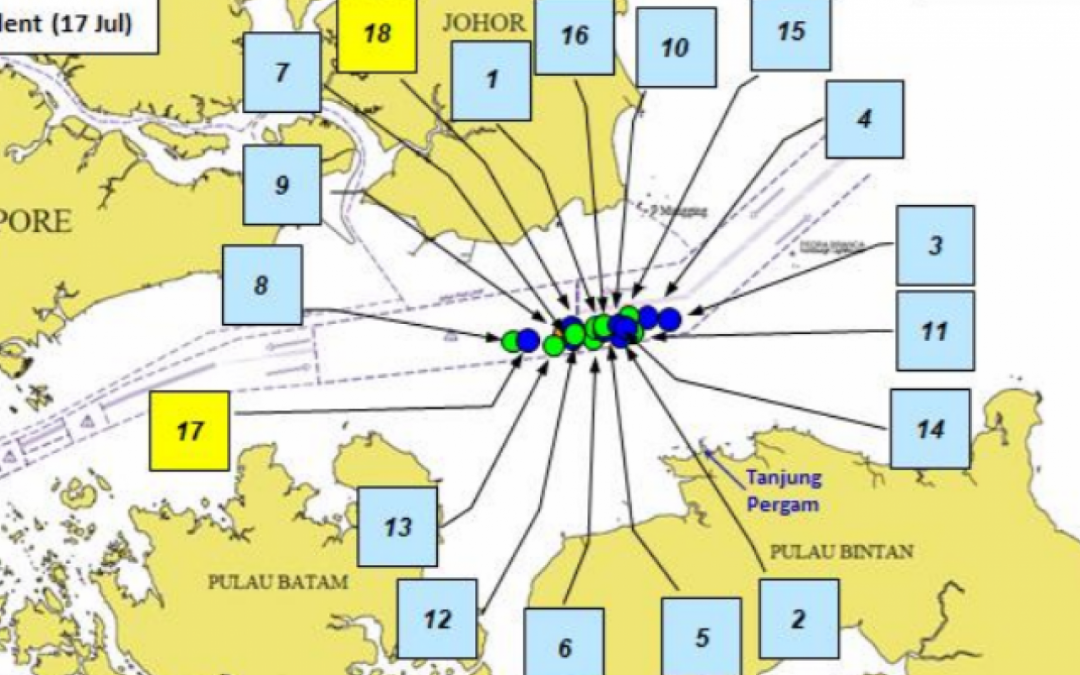 Two more ships were boarded by armed men in the eastbound lane of the Singapore Strait just a day after the ReCAAP Information Sharing Centre repeated warnings about attacks in the area.

ReCAAP said that two vessels were boarded by perpetrators armed with knives within 30 minutes of each other on 17 July in the eastbound lane of Traffic Separation Scheme of the Singapore Strait off Tanjung Pegram, Bintan Island, Indonesia. In both cases the perpetrators fled upon by sighted by the crew with injuries or items stolen reported.

The incidents came a day after ReCAAP told a media briefing that incidents in the Singapore Strait had increased in the first half year to 20, with 16 of these occurring in Indonesian waters off Bintan Island.

“As the perpetrators are not arrested, there is a possibility of further incidents off Tanjung Pergam, Bintan Island,” ReCAAP said, in an alert following the latest two incidents.

“All ships are advised to intensify vigilance and look-out in that area during night time, adopt preventive measures and report all incidents immediately to the nearest coastal State,” it said.