Two Killed During Attack On Israeli-Managed Product Tanker Off Oman 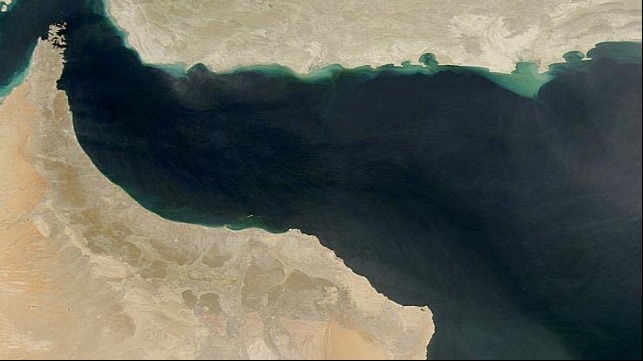 Two seafarers were reported killed in the latest attack on an Israeli-managed vessel operating in the Middle East region. The incident, which was confirmed by UK officials, is the latest in a series of attacks on vessels in the region in a rumored shadow war between Iran and Israel, but the first to result in casualties.

UK-based Zodiac Maritime issued a brief statement initially saying. “We can confirm that there has been a suspected piracy incident onboard the product tanker M/T Mercer Street,” but did not elaborate on details. The United Kingdom Maritime Trade Operations (UKMTO) also issued alerts on the attack, but said that it did not believe it was piracy. They said assistance was being provided to the product tanker and that the investigation was ongoing.

The 49,000 dwt product tanker owned by a Japanese company and managed by the firm controlled by Israeli shipping magnate Eyal Ofer departed Dar es Salaam, Tanzania on July 19. There was no cargo aboard and the vessel was due to arrive at the oil terminal in Fujairah, UAE on July 31. The tanker was sailing off the coast of Oman in the northern Indian Ocean at the time of the attack. The UKMTO positions the vessel approximately 152 nautical miles northeast of Duqm, Oman.

The Jerusalem Post is citing comments of unnamed Israeli officials on Israeli TV’s Channel 13 alleging that the attack was carried out by an unmanned Iranian drone. “There is an Iranian terrorist attack here, two innocent people were killed,” said the anonymous source, “The Iranians attacked the ship with an unmanned aircraft,” says the report in The Jerusalem Post. They are also reporting that American officials also called it a drone attack.

“With profound sadness, we understand the incident onboard the M/T Mercer Street on July 29, 2021, has resulted in the deaths of two crew members onboard: a Romanian national and a UK national. We are not aware of harm to any other personnel,” Zodiac said in a follow-up statement earlier today. The management company later reported that the United States is providing a naval escort and the Mercer Street under command of its crew is proceeding at 14 knots to “a safe location.” The vessel’s AIS signal appears to be turned off.

Israeli media reports suggested that the Romanian was the captain of the tanker and the British citizen was a security guard working aboard the tanker.

Shortly before the reports of the attack on the Mercer Street, the UKMTO issued another report of an incident approximately 86 nautical miles from Al Duqm. They said they were investing a non-piracy incident in the same region, but it is unclear if this was related to the Mercer Street or a separate attack, and no additional details were provided.

In recent months, Israeli and Iranian officials have been trading acquisitions of attacks coming from each country. An Israeli-owned car carrier was struck by what was believed to be a missile near Fujairah in April but suffered only minor damage and no injuries to the crew. At the beginning of July, a cargo ship reportedly previously owned by Ofer also suffered an explosion, which was being invested as another possible drone attack. The Iranians blame Israel for a tanker that exploded off the coast of Syria. An Iranian vessel was also attacked in the spring while sailing in the Red Sea.

U.S. officials have blamed Iran for increased tensions in the region. Earlier this year, the U.S. Navy reported several incidents of Iranian crafts sailing dangerously close to U.S. warships patrolling in the region. In one incident, the Iranian were accused of dangerous maneuvers and the U.S. vessels fired warning shots.