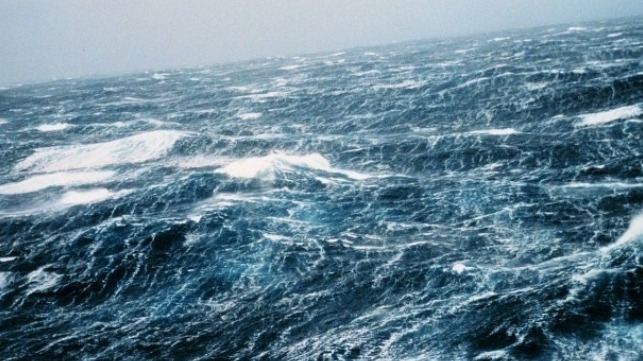 A strong storm moving across the South China Sea in the area near Vietnam placed two Chinese-owned vessels in distress. The Vietnamese Coast Guard and other vessels in the area responded to distress calls.

Weather conditions at the time were deteriorating with Tropical Storm Krovanh in the region. Winds were reported at 35 to 40 m.p.h. Reports of the seas varied between 12 and 20 feet.

The Marshall Island flagged chemical carrier Chem Sinyoo reportedly blacked out on December 21 during the storm approximately 100 nautical miles off the southeast coast of Vietnam. The 24,000 DWT vessel was sailing to Shanghai.  While the crew was attempting to make repairs to the ship it was struck by a series of large waves.

The captain requested medical assistance from the Vietnamese authorities. He reported that one mechanic in the engine room, a 32-year-old Indonesian had been killed, and four other crew members were badly injured requiring medical attention. The vessel said that it did not have medical facilities aboard and required medical assistance. The Vietnamese Coast Guard sent two ships with medical staff to assist. The four injured crew members were moved to a hospital in Nha Trang, Vietnam.

Chinese and Vietnamese authorities also reported that they had lost contact with the 3000 DWT general cargo ship the Don Yang. The 30-year-old vessel registered in Sierra Leone issued a distress call in a position approximately 190 nautical miles off southwest Vietnam. In the last contact with the vessel, the captain reported that the ship, which was carrying 3,000 tons of rice from Ho Chi Minh City, Vietnam to Malaysia, had a 25-degree list. The captain told authorities that he had ordered the nine crewmembers into life jackets and they were preparing to abandon ship into a life raft.

Vietnamese authorities reported due to the high seas in the region that they were having difficulty reaching the vessel in distress. Chinese authorities also issued a call for assistance and one of the South China Sea rescue boats was trying to reach the area.

Later reports indicated that the passing containership, the JPO Pisces, was able to locate the crew after they abandon their sinking ship. They were able to bring the crew safely aboard the 53,000 DWT boxship. The 10 crewmembers were reported to be in good condition, although one had suffered a shoulder injury.  The rescued crew was staying with the containership and expected to arrive in Shenzhen Yantian Port, China on December 24.

These two rescues came days after the Vietnamese Coast Guard also went to the assistance of another Chinese cargo ship that also sunk in the region.  They reported rescuing 11 crew members and finding two others deceased in the water. Two additional crew members were reported missing from that incident.