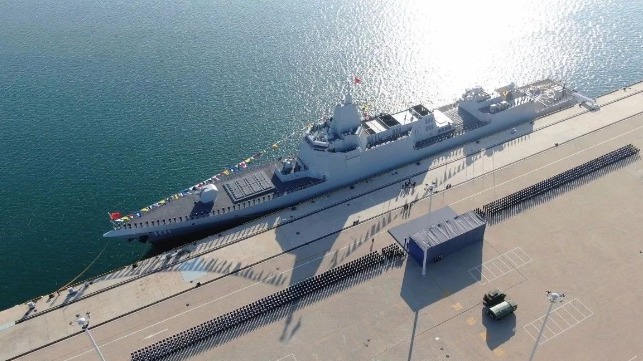 On Thursday, the Trump administration issued an executive order prohibiting Americans from buying or holding stock in 31 Chinese firms with military ties. Among others, the companies named include China State Shipbuilding Corporation (CSSC), the world’s largest commercial shipbuilder and China’s primary naval shipbuilder; China Communications Construction Corporation (CCCC), the world’s largest port construction and dredging company; and the Chinese telecom equipment firm Huawei, which has attracted American scrutiny over alleged security risks in its cellular communications equipment. The order gives American entities with publicly-traded shares in the named firms until November 2021 to divest their holdings.

The executive action was issued as a declaration of national emergency, and it describes China’s military-industrial complex as an “unusual and extraordinary threat . . . to the national security, foreign policy, and economy of the United States.” It is restricted to shareholding and does not prohibit American entities from engaging in other forms of business transactions with the named firms.

State-controlled CSSC is the parent company for China’s largest shipyards and centers of shipbuilding expertise, like Shanghai Waigaoqiao, Jiangnan Shipbuilding, Guangzhou Shipbuilding, Dalian Shipbuilding and the China Ship Scientific Research Center. Its yards have produced some of China’s most notable vessels, like the LNG-fueled boxship CMA CGM Jacques Saade and the PLA Navy aircraft carrier Shandong. It also builds the PLA Navy’s Type 054 frigate, Type 055 destroyer and Type 039A attack submarine. The company is listed on the Shanghai Stock Exchange.

CCCC conducted a substantial share of the civil engineering and land reclamation for China’s military bases in the disputed Spratly Islands, and it is one of the largest players in China’s Belt and Road infrastructure initiative in Southeast Asia and South Asia. Critics of the Belt and Road say that CCCC has played a key role in overburdening developing countries with debt, pointing to the port of Hambantota, Sri Lanka as an example. In 2014, a CCCC subsidiary won a contract to build a greenfield port at the Sri Lankan fishing village of Hambantota; it did not attract commercial traffic, and the Sri Lankan government ultimately transferred the port’s control to a Chinese company in order to secure relief from Chinese-backed debt.

“CCCC and its subsidiaries have engaged in corruption, predatory financing, environmental destruction and other abuses across the world,” said Secretary of State Michael R. Pompeo in a statement in August. “[China] must not be allowed to use CCCC and other state-owned enterprises as weapons to impose an expansionist agenda.”

Though CCCC is majority state-owned, its minority shareholders have historically included some of Wall Street’s most prominent banks and investment companies.