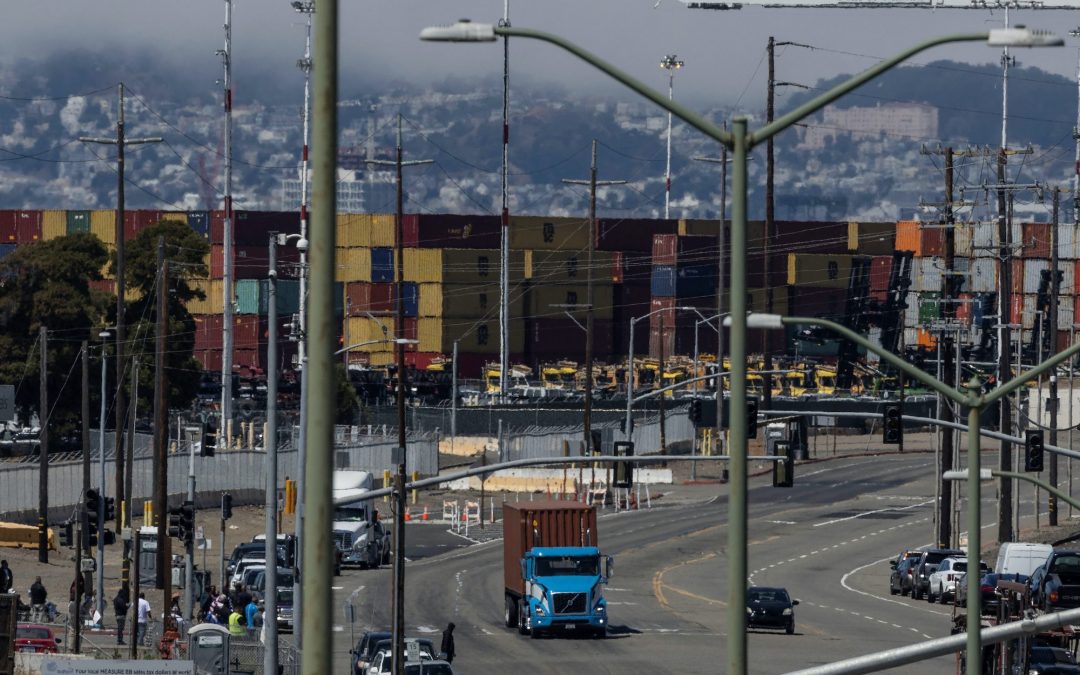 Oakland port truckers began actions against the law formally known as AB5 on Monday. They picketed and parked tractor-trailers to choke terminal gate access, grinding trade through the eighth-busiest U.S. container seaport to a virtual halt.

Idling the 2,100 trucks that haul cargo to and from the Northern California seaport each day is hindering exports of fresh beef and pork, dairy products and nuts as well as imports like electronics and construction supplies.

Import container dwell time, one measure of port efficiency, has climbed to 17.5 days, up 41% from July 11, according to supply chain data provider Project44.

Trucking industry legal challenges previously pushed back enactment of the law, putting it on hold for more than two years. The U.S. Supreme Court declined to take up a lawsuit from California Trucking Association on June 30, clearing the way for AB5 to go forward.

The law, which aims to clamp down on labor abuses, sets tougher standards for classifying workers as independent contractors.

Backers say it will stop companies from using those workers to avoid paying minimum wage, workers’ compensation and other employee-related expenses. The independent drivers that AB5 aims to protect say the law would bury them with expenses like rental equipment and insurance that were formerly borne by the trucking companies that contract them for jobs.

Supporters of the law, including the Teamsters and the International Longshore and Warehouse Union (ILWU), say AB5 would push companies to hire drivers as employees. Those company drivers could then join unions and collectively bargain for better pay and working conditions.

Trucking organizations including the Harbor Trucking Association and the Owner-Operator Independent Drivers Association (OOIDA) have called on Governor Gavin Newsom to delay enforcement of the law. Newsom’s office has twice rebuffed those appeals.

Flores, who uses his own tractor to haul port freight, told Reuters the law would burden him with up to $30,000 per month in rental costs for chassis and other port equipment.

“AB5 would shut me down. I don’t have the resources to pay that kind of money,” said Flores, 42.

“I’ve invested too much into my business to go to a company and work for hourly wages,” he said.