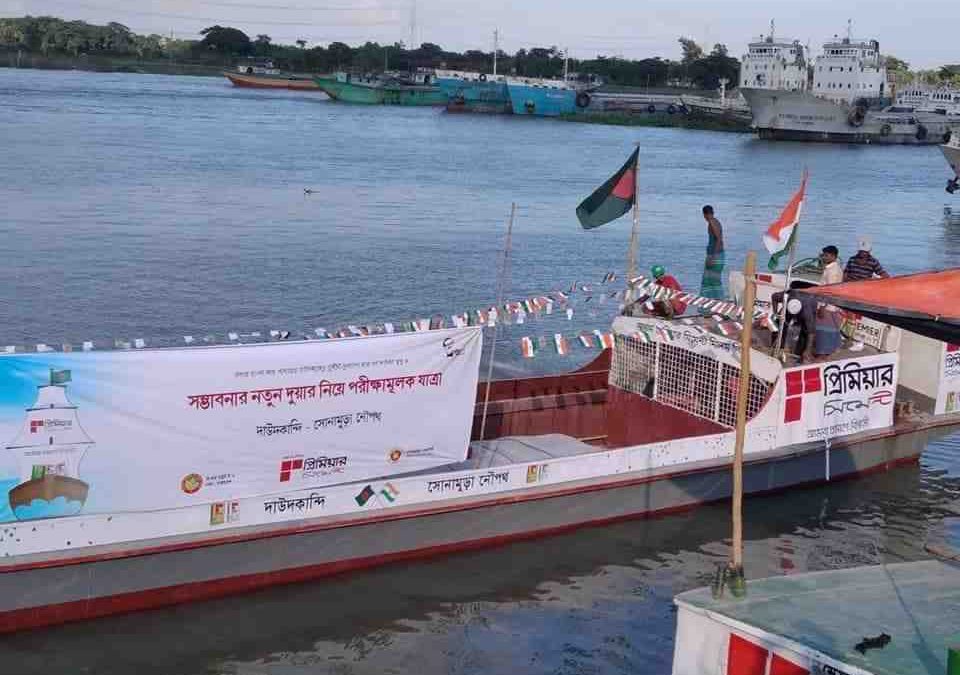 Relations between India and Bangladesh reached another milestone recently, following the operationalization of the Daukandi (Bangladesh)-Sonamura (Tripura) Inland Waterway Protocol route. This would be the first-ever export consignment from Bangladesh to Tripura through the inland waterways.
Bangladeshi vessel, MB Premier carrying cement started from Daukandi on September 3 and will reach Sonamura on September 5 traversing 93 km along the river Gumti. The cargo would be received at Sonamura in the presence of the Chief Minister of Tripura, Shri Biplab Kumar Deb and India’s High Commissioner to Bangladesh, Smt Riva Ganguly Das.
The operationalization of this new protocol route, besides further facilitating overall bilateral trade with Bangladesh, will provide an economical, faster, safer and environment-friendly mode of transport and will result in substantial economic benefits to local communities on both sides.
The Protocol for Inland Water Trade & Transit (PIWTT) was signed between India and Bangladesh in 1972 to provide inland waterways connectivity between the two countries, particularly with the North Eastern Region of India and also to enhance bilateral trade. In the last year, approx. 3.5 MMT of cargo was transported between India and Bangladesh on the protocol routes.
The scope of PIWTT has been further expanded by the signing of the 2nd Addendum to PIWTT on May 20, 2020, with the inclusion of additional routes and ports of calls. The inclusion of Sonamura – Daudkhandi stretch of Gumti river (93 km) as a new route in the Protocol will improve the connectivity of Tripura and the adjoining States with Indian and Bangladesh’s economic centres and will help the hinterland of both the countries.
Source:- Daily Shipping Times