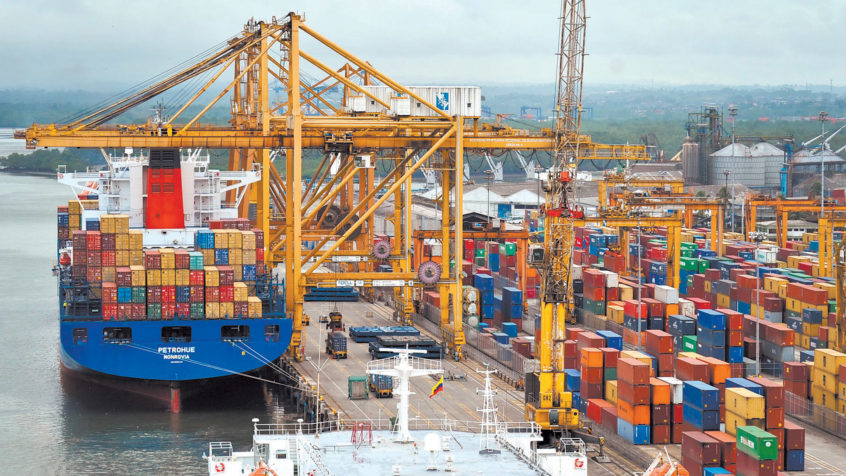 The existing disruptions in the global supply chain and commodities’ trade is having an impact on all aspects of trade, including financing. In its latest weekly report, shipbroker Intermodal said that “trading companies frequently count on short-term credit lines to finance their deals. In case they do not secure those funds it may affect the possibility of completing the transactions. A decrease in transaction values caused by the significantly low oil prices and many high firm bankruptcies have influenced banks’ commodity trade finance revenues amidst the pandemic”.

Intermodal’s tanker chartering broker, Mr. Apostolos Rompopoulos said that “according to Coalition, an S&P Global research company, total revenues for this line of business for banks globally dropped remarkably over the year in the first six months of 2020, with a 40% decline in the second quarter. Some of the major commodity and trade-finance lenders including Generale SA, Paribas, and last but not least ABN AMRO Bank NV, are withdrawing from the sector in order to reduce the risk.

Commodity trade finance was thought to be one of the most secure businesses for banks for a period. As Srinivasan Govindan, a senior banker and former chief representative of Natixis in India stated “Trades were mostly on a pre-sold basis, backed by letters of credit, thus with limited credit risk. These then increasingly moved to open account terms, exposing them and financing banks to price and credit risks”. Govindan also cites that “Over the years, the usually tightly controlled and monitored, commodity trade financing lines were increasingly replaced with corporate lines in the form of syndicated loans, revolvers, etc., diluting the rigorous structures earlier employed. Low equity base, high leverage, and volatile price movements only compounded this situation.”

According to Rompopoulos, “double financing constitutes a major matter in trade and commodity finance. In fraudulent cases, there are examples of borrowers that have pledged the same collateral or inventory to multiple banks at the same time. In addition to that, the lack of a solid centralized database of collateral does not facilitate lenders. According to the investigation by PWC, 60 letters of credit amounting to $1.5 billion were used by Hin Leong Trading to finance cargo that didn’t exist or was pledged to a number of patrons”.

He added that “trading companies function on very thin margins and some of them feature a relatively opaque business model, which eventually makes it easy to conceal losses in derivative assets, inventory, receivables etc. Sources from MNC bank in India assert that one small error regarding price movements could destroy their margins for the entire year. Regulatory changes translate to the fact that banks are now forced to raise their charge costs per transaction in order to clear their internal risk-adjusted return on capital employed thresholds. These changes have also tightened the high global recovery rates being ascribed to many structured trade transactions like pre export finance, pre-payments, hence trading deals could not be profitable with the current market levels. The volatile environment caused by the pandemic has generated a major decline in international trade. This will exert an influence on the free movement of commodities globally. To conclude, the trade and commodity finance business may witness a major transformation globally in the post-COVID era, with increased export and import financing costs, supply chain disruptions, and bigger risks”.