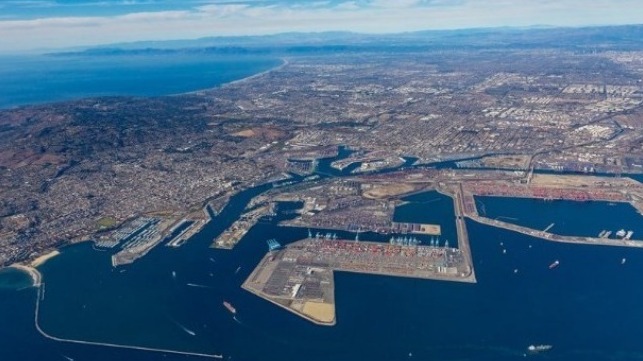 Retailers and other shippers are experiencing growing delays and increased charges as ports across the United States struggled this fall to keep up with the rapid increase in container volume and number of ships seeking to load and unload. The Home Furnishings Association (HFA), the trade group for U.S. home furnishing retailers, and other industry groups joined together in a letter to the Federal Maritime Commission (FMC) seeking actions to clear the bottlenecks at the ports.

The letter cites worsening delays and inefficiencies especially at the Southern California ports, which the associations say are knotting an already constricted supply chain and raising costs for many furniture importers, manufacturers and retailers. As an interim step until longer-term solutions can be developed to improve port operations, the letter asks the FMC to suspend detention and demurrage charges on containers and chassis at the Los Angeles and Long Beach ports.

The industry groups contend to the FMC that these charges pile up because of policies and practices beyond their control. Demurrage charges apply when an inbound container remains within a terminal beyond a set period of time while detention charges are for containers not returned to the terminal or depot on time. Importers, exporters, ocean intermediaries and businesses all along the supply chain incur these expenses which the associations say they cannot control and which are ultimately being passed on to the U.S. consumer.

Joining with the Harbor Trucking Association, one of the solutions they are supporting is unloading trucks and while still at the terminals reusing the rig to receive an inbound container. “Despite efforts by the shipping and trucking industry to promote more dual-transactions to allow chassis to be recycled during the pick-up and drop-off of containers, the ocean carriers have refused to provide advanced notification of empty receiving locations to allow truckers and marine terminals to partner on increasing dual-transactions throughout the port complex,” the industry letter contends.

Rather than promoting the swift movement of cargo, the current systems at the ports of Los Angeles and Long Beach they say are creating chaos. In addition to the loading and unloading practices, they cite the slow removal of empties from the terminals which combined with the increase level of unloading is creating the congestion. All of this they say is contributing to the charges that fall unfairly on their members.

The HFA and the other trade associations in their letter say, “The FMC must take action to support the interests of U.S. companies and consumers to ensure that the carriers are not imposing unfair costs on American exporters, importers or consumers.”

The FMC has already announced that it will investigate the current situation at the ports seeking to remove obstacles that might be hindering the movement of containers. Commissioner Rebecca Dye said that the FMC was concerned that certain practices could be contributing to the current bottlenecks at the ports. Among the issues she cited for the investigation were demurrage and detention charges in the ports of Los Angeles, Long Beach, and New York/New Jersey and their impact on trade.