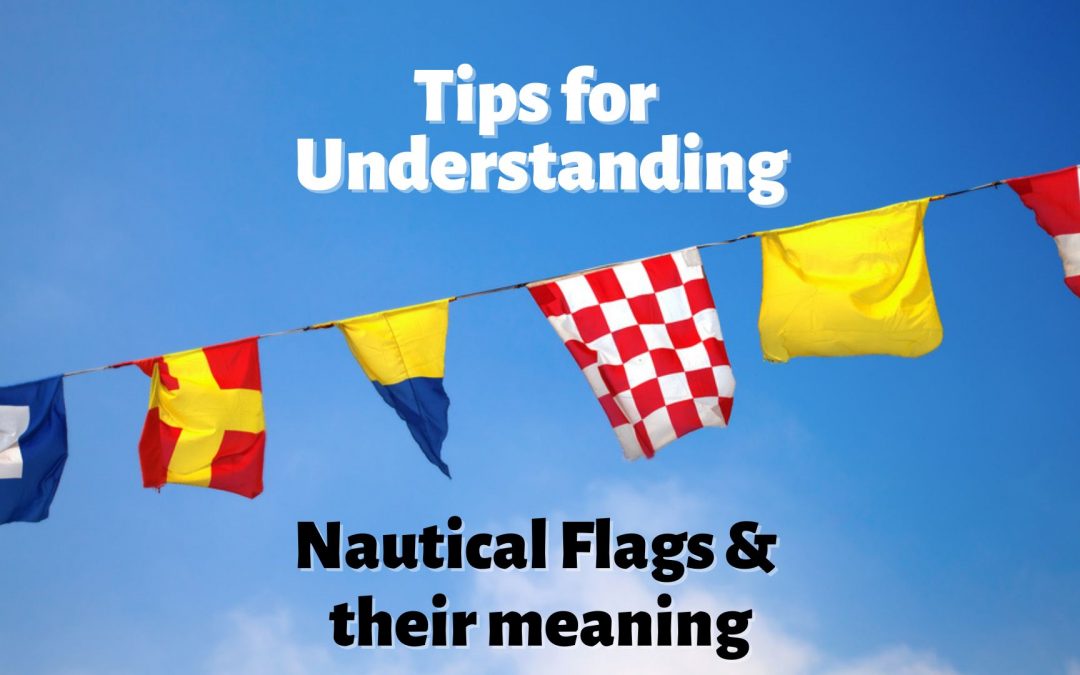 From the time that ships started sailing, flags were in place as a mode of communication or expression of intent. Traditionally speaking, flags have always formed an integral part of shipping, but the necessity and extent of usage have obviously reduced over time owing to advancements in technology.  The order of importance, points, and honor of the flags have long been established. All those who have been at least once on the dock probably noticed many different flags hanging from the flagpoles. Those nautical flags are not just there to show you from which country is the boat or just for decoration purposes. Moreover, those nautical flags are an International Code of Signals whose main purpose is to provide different ways of communication in different nautical situations. Through today’s blog let us know and understand Nautical Flags and their meaning!

Nautical flags are defined to aim and provide ways and means of communication in situations related to the safety of navigation and persons, being an international code system used for a boat to signal to shore or for two boats to signal to each other.

The possible reasons for the flags are:

Recognition or spotting by other boats against the all-blue color of the sea.

To add color to the otherwise uniformly blue color of the sea.

To decorate the boat.

To seek the blessings of the deity. Some flags have images of Gods printed on them.

History of Nautical flags: Nautical flags were originally used for communications among comrades during military entanglements. What started as a limited communication system evolved over centuries into a comprehensive, internationally recognized signaling system functional for military and non-military purposes. Recreational vessels also use nautical flags. Moreover, as well as code signal flags to identify themselves and to communicate with other ships. Sailing flags are an internationally recognized means of communication from ship to ship while out at sea. Moreover, code signal flags can be used alone or in combination with one another to send messages while nautical boating flags share other information about a vessel such as where it is from and its purpose for being on the water.

When are nautical flags used and who uses them: Every boat out at the sea uses nautical flags. Either if it is a sailboat or fishing vessel, maritime flags are necessary for every boat. Every single flag has its own unique meaning. But there are 3 different languages that sailing flags speak. Moreover, the maritime flags used in all three languages are the same but in a different context, they can mean different things. The point of using the flags is to clear up the communication path between sailors. That path can often be filled with language barriers or cultural differences that can lead to miscommunication. Signal flags signal your status, warning, or need to a ship without a chance of misinterpretation. People use nautical flags to express status, warning, or need. Each flag does have its own letter, but it is rarely used for spelling. Every flag has its unique meaning, and those signals are ones most common out at sea. Therefore, the use of spelling emerges on rare occasions. Also, if there’s a language barrier, the spelling wouldn’t be very useful. INTERCO (International Code of Signals) is an international system of signals and codes for use by vessels to communicate important messages regarding the safety of navigation and related matters. Signals can be sent by flag hoist, ALDIS lamp, semaphore, radiotelegraphy, and radiotelephony.

Nautical Alphabet and meaning of Nautical flags: There are 26 square nautical flags, each representing a different letter of the alphabet. More accurately, each represents the international code word connected to the letters of the alphabet, such as Alpha, Bravo, Charlie, Delta, and so on. In addition, there are 10 pendants for the numbers zero through nine. For the numbers 10 and larger, a boat would combine flags.

It is important to know each flag representing a letter has a meaning.

Colors of the flag: The only colors you’ll find on nautical flags are black, blue, red, yellow, and white. These colors stand out quite well when seen with your own eyes on the horizon or through binoculars. Flags can be a solid color or a combination of colors, too.

So, these were just some Tips for Understanding Nautical Flags & their Meaning. Next time you spot such flags at sea, don’t forget to revisit our blog.