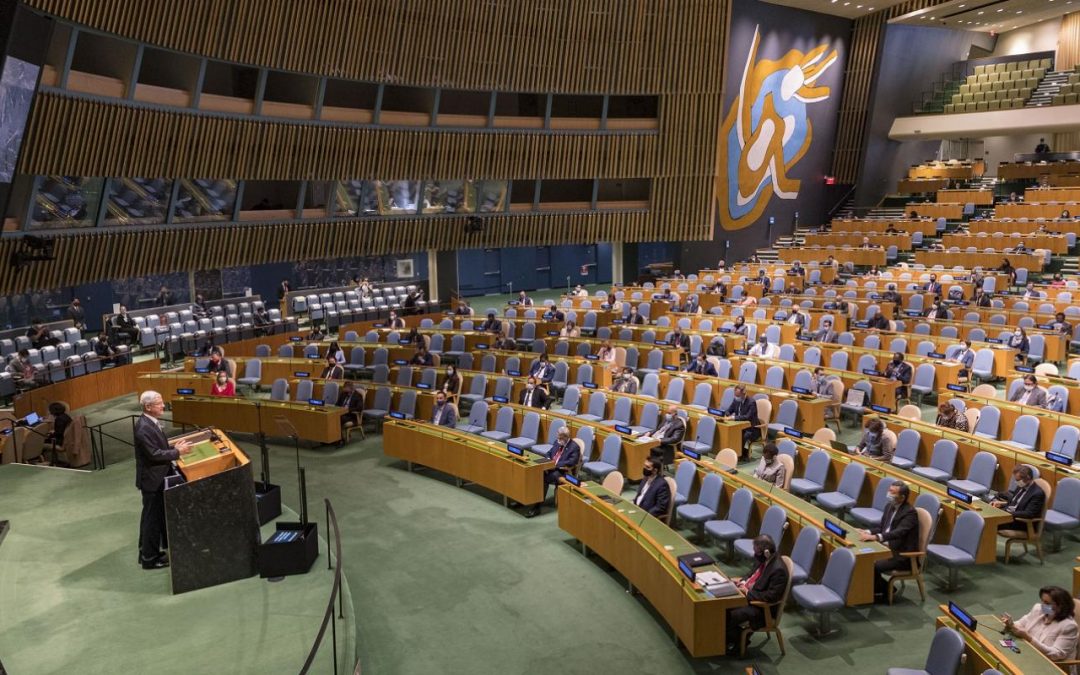 On 24th September, as the Secretary-General of the United Nations addresses the General Assembly in New York, there is a whole grim list of Covid-19 related issues that he cannot avoid. But few are so pressing as what has become known as the “Maritime Transport Crew Change Crisis”, in which world trade finds itself operating on borrowed time and economic recovery hangs by a thread.

It is, in fact, a humanitarian crisis, with ships crews, who have been operating their vessels under severe restrictions imposed by national authorities for more than six months, becoming exhausted by voyages which, for them, never end. Many seafarers out of the estimated 400,000, who still have not been repatriated, are working far beyond their contracted tours of duty.

Many have been operating their ships continually, in excess of the maximum of 11 months normally permitted by the International Labour Organisation’s Maritime Labour Convention. Some have been at sea for 17 months without a break. Not a day off, nor a foot permitted ashore in ports.

One can only hope that the UN Secretary-General will emphasise these grim facts in his address, and moreover point out that this situation cannot be allowed to continue, as ships cannot legally or physically be permitted to operate in such a fashion. The ships might be well-maintained, but their crews are wearing out, and if the ships stop, the global trade which feeds and fuels the world will also cease.

Only determined political action by heads of government will resolve this crisis and time is running out. Seafarers, who have worked miracles since the pandemic reared its head, are at breaking point, physically and mentally, with serious implications for marine safety. There are worrying reports of an increase in maritime casualties.

Will the Secretary-General spell out the risks in which the whole global supply chain (90% of which is carried by sea) depends upon a workforce that is becoming exhausted and worn out, manifestly unable to carry on in such a fashion? It needs more than assurances from the few governments that participated in the UK hosted summit two months ago, and which have yet to be translated into action.

It needs concerted action from all states with ports and airports, meaningful movement that will facilitate the relief of exhausted seafarers and their replacement with fresh crews, thousands of which have also experienced serious financial hardship, as they try to get back to work. Practical solutions have been suggested, but need the approval and enthusiasm of all governments to put them into effect.

On 24th September, in New York, there is a desperate need for tough talking on a Covid-19 related matter that is every bit as important as the search for the elusive cure to the disease. Time, for the exhausted seafarers of the world fleet, is running out.