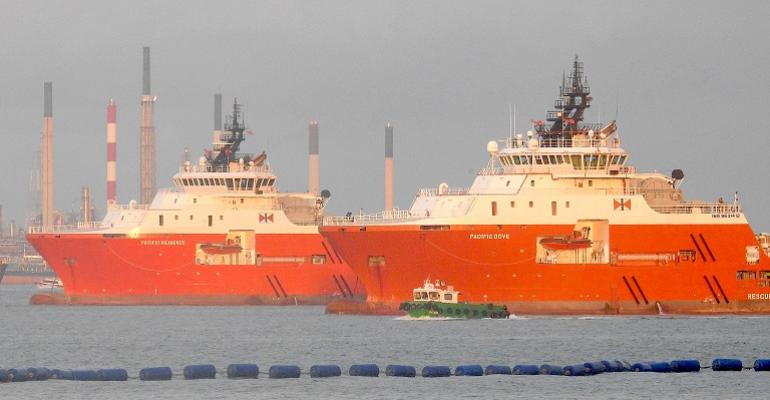 US offshore vessel owner Tidewater is acquiring one of the longest standing names in Southeast Asian offshore as it bids to become one of the world’s largest OSV operators through consolidation.

The $190m deal will see Tidewater taking over SPO’s fleet of 50 OSVs which comprise 29 AHTS and 21 PSVs. The US company believes it can realise synergies of $45m in 24 months through G&A and operating expenses.

“The acquired fleet is primarily split among West Africa and Southeast Asia and Middle East. The addition of 25 OSVs in West Africa will nearly double Tidewater’s presence in the rapidly growing region, positioning it as the largest operator of active vessels in the region,” Quintin Kneen, Tidewater’s President and Chief Executive Officer.

“Similarly, the addition of the SPO fleet in Southeast Asia and the Middle East positions Tidewater as the largest operator of active vessels across the entire region. The expansion of the Southeast Asia region, with 19 vessels currently operating, provides us with an opportunity to meaningfully participate in the oil & gas vessel market in the near-term and provides a platform with which to pursue offshore wind development expected to advance in the region.”

For Swire Pacific the sale of Singapore-headquartered SPO, which was founded in 1975, sees it exiting marine services sector, having already sold Hongkong United Dockyards (HUD).

Following the acquisition Tidewater will own a fleet of 174 OSVs, bringing it’s total fleet size to 203 vessels, including crew boats, tug boats and maintenance vessels.

“Following the financing transactions executed during the fourth quarter of 2021, the buyout of our joint venture partner in Angola, and now the SPO acquisition, we have executed a series of steps that have positioned Tidewater as the world’s leading OSV operator with the cleanest balance sheet in the industry,” Kneen said.

The transaction comprises a cash payment of $42m and $8.1m in warrants issued to Swire Pacific at a nominal sum, and representing 15.6% of outstanding shares and warrants in Tidewater.