Thousands Of Ukrainian And Russian Sailors Remain Stuck In Ports 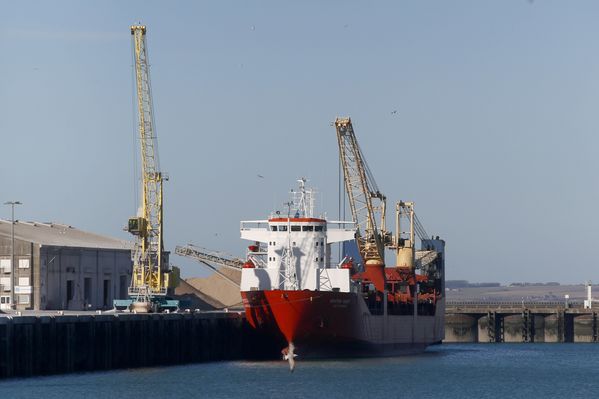 Thousands of Ukrainian and Russian seafarers are stuck in ports around the world as the war in Ukraine intensifies and shipowners are scrambling to find replacement crews to keep strained supply chains rolling.

Crews from Russia and Ukraine make up a combined 17% of the world’s 1.9 million sailors and at least 60,000 are currently at sea or at ports waiting, according to shipping executives and crewing agencies.

“It’s very challenging for the crews and another hit to the fractured supply chains just as we are coming out of Covid,” said George Xiradakis, managing director of Athens-based maritime adviser XRTC Business Consultants. “It’s a big hole in crewing because a big part of the Russian and Ukrainian sailors are senior officers like captains, executive officers and mechanics. They often work on the same ships, and you can’t find people of that rank to replace them easily.”

Shipowners are turning to other seafaring nations like the Philippines and Romania, offering seafarers up to double their salaries for sailings over the next two months. according to maritime brokers in London and Singapore.

An estimated 50,000 Russian and Ukrainian sailors are at sea or waiting at ports around the world to be replaced. There are no flights back home, and most can’t get paid as their bank accounts don’t work or have come under sanctions.

“We evacuated 40 sailors from two Greek-owned ships stuck in the port of Odessa in Ukraine,” said Alexandros Papaioannou, spokesman for Greece’s foreign ministry. “They were from Greece, Romania and the Philippines. We also moved out our consul staff because Odessa will likely come under attack.”

The crew shortages come as dozens of ships remain stuck in ports around the world waiting to unload cargo on the back of labor shortages across the supply chain, including truck capacity and warehousing space. Ship freight rates are more than double of what they were this time this year, and delivery times to big U.S. and European importers have more than tripled with not enough ships in the water to meet demand.

As many as 5,000 sailors from Russia and Ukraine work on German merchant vessels, with sailors from both countries often working on the same ships.

“We are shocked with what is happening and demand that all ships and their crews be allowed to leave the conflict zone unharmed,” Gaby Bornheim, president of the German Shipowners Association, told reporters in Hamburg. “People from dozens of countries live and work on board the ships of Germany’s merchant fleet—including thousands of Ukrainian and Russian seafarers. Their well-being is paramount.”