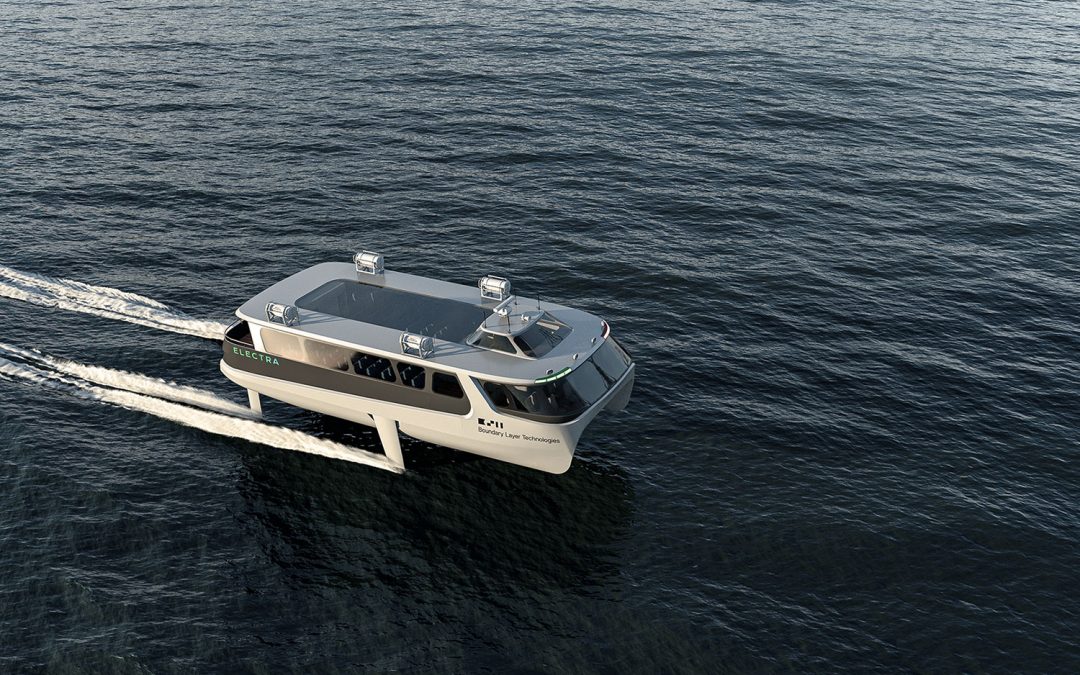 The Candela P-12 Shuttle —the world’s fastest all-electric passenger ship—will hit the water in 2023, flying passengers at a service speed of 30 mph without wake, noise, exhaust fumes or CO2 emissions. During the Interferry conference on October 1-5, Candela will showcase its unique technology that can speed up Seattle’s ferry rides dramatically.

The P-12, developed by Stockholm boat builder Candela Technology, consumes about 3-4 kWh per nautical mile, which is one tenth of a conventional ship and comparable to the energy consumption of a modern electric-hybrid bus, making it the most energy efficient fast ship ever built.

Flying above the water surface on computer-guided hydrofoils, which reduce drag considerably, it ushers in a new era of waterborne transport in cities.

“Waterways are fantastic transport corridors, but they’re very much forgotten in the discussion about how to make urban transport more sustainable. If you can make ships that are faster than cars and buses during rush hour traffic, that use very little energy and have low operational costs, we can unlock the potential of our waterways for mass transit, says Erik Eklund, Chief Executive for Commercial Vessels at Candela Technology.

The P-12 can operate in urban waterways at higher speeds than traditional passenger boats because it creates virtually no wake. The higher service speeds will allow the new P-12  to shuttle more passengers farther and faster than any other electric ship, and will be able to service up to 60 nm routes at 30 mph cruise speeds.

More similar in size to an electric bus than a traditional big diesel ferry, the P-12 carries 30 passengers. Candela envisions a transport system where today’s big, and often underutilized, diesel ferries are replaced by nimbler fleets of smaller P-12 Shuttles. Using more but smaller vessels would mean that departure frequency could increase, minimizing passengers’ waiting times at the dock.

– On many routes, we can increase departure frequency from one departure an hour to one every 10 minutes, while lowering the costs, says Erik Eklund,

Moreover, the P-12 ferry from Candela will also offer superior passenger comfort and seakeeping from its Flight controller, a computer that analyzes the boat’s pitch and roll a hundred times a second and automatically adjusts the foils to keep it level above the waves.

The P-12 Shuttle is based on Candela’s leading electric hydrofoil technology for leisure boats. The 28-foot C-8 is Candela’s second-generation boat in serial production and currently the best-selling premium electric recreational craft in Europe.

During the Interferry conference in Seattle, Candela will showcase its hydrofoiling electric vessels in form of the C-7 speedboat. For media appointments, reach out to mikael.mahlberg@candela.com or call +46765376678, or email Axel Brangenfeldt at axel.brangenfeldt@candela.com to experience the future of waterborne transport for Seattle.