The Series of Shipping Canals 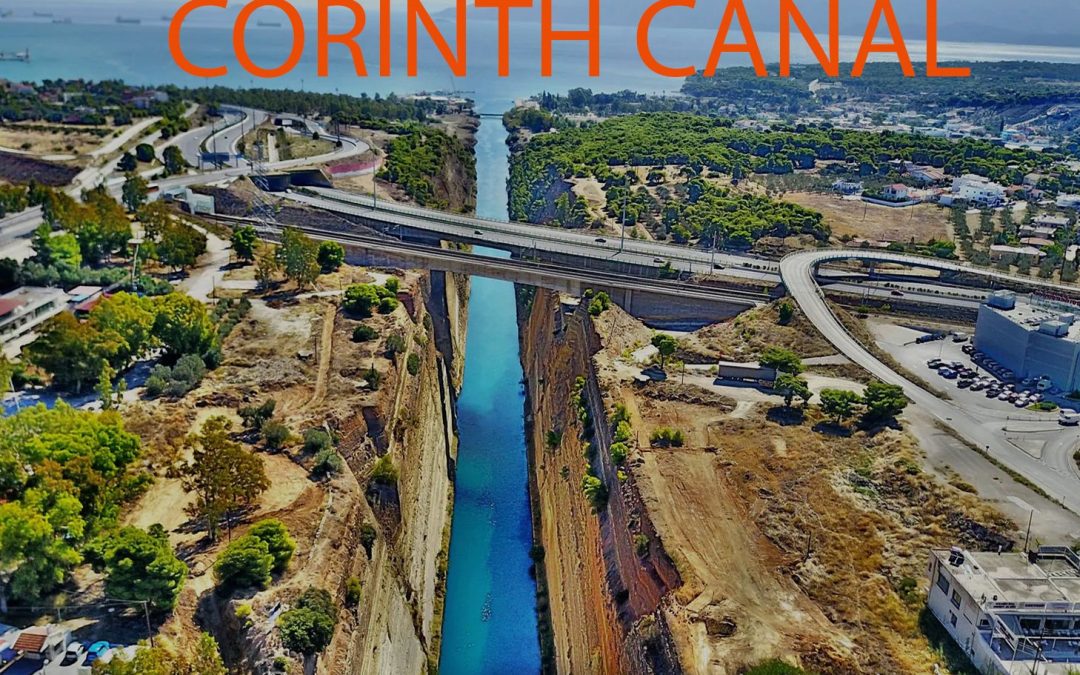 Before the industrial revolution, transporting goods using horse carts was not only time-consuming but also difficult. The dawn of industrialization brought about inventions such as the coal-powered steam engine, and the pace of work increased. Trade slowly boomed and people started exploring options for transporting goods across the globe. However, the transportation was mostly limited to trails and coastal navigation.

Being the oldest and vital mode of trade, the shipping industry slowly flourished. So, in the early 19th century, the construction of canals was considered to improve inland transportation and to facilitate a two-way travel link between two land locked seas. Such man-made waterways not only facilitate transportation of cargo and people, but also irrigation, urban water supply, hydroelectric power generation etc.

A ship canal, in particular, is a waterway built along major seawater routes with an aim to enable the ships and boats to pass from one body of water to another in an economic manner. It basically intends to connect the inland cities with a direct shipping link to the water bodies including seas, lakes, and rivers, offering an alternative route to the vessels, particularly cargo vessels. Such canals, historically were of immense importance as they offer shorter transportation routes across major seawater networks and also help to regulate maritime traffic internally within countries.

Even today, there are hundreds of shipping canals all over the world such as Panama Canal, the Suez, The White Sea-Baltic Sea and Volga-Don Canal, etc. All of them with different features like some being longer than others, some narrower, some busiest and much more. We will be taking you on a journey of some of those canals. So, sit back and enjoy your read – ‘The Series of Shipping Canals.’

The first in our series is one of the oldest and narrowest canals in the world, the Corinth Canal. Located in Greece, it is a very important, time-saving, navigational route in Greek history.

The Corinth Canal connects the Gulf of Corinth or Corinthian Gulf in the Adriatic (the northernmost arm of the Mediterranean Sea) with the Gulf of Aegina or Saronic Gulf in the Aegean Sea in the southeast. The 6.4-kilometre narrow canal conveniently separates the peninsula from the Greek mainland making the peninsula an island. Even today, around 11,000 ships per year travel through this waterway.

Initially, the ships in Aegean Sea wanting to cross to the Adriatic had to circle the ragged coastline of the Peninsula, leading to prolonged journey. Many Greek rulers dreamed of having a rather convenient passage. It is often believed that the ruler of Corinth, Periander was the first to conceive the idea of digging the Corinth Canal. However, due to complications like the area being highly volatile and prone to unprecedented earthquakes, lack of infrastructural facilities, and war, the construction of the canal was only procrastinated.

Therefore, in order to pass through the Isthmus of Corinth (the narrow land bridge which connects the Peloponnese peninsula with the rest of the mainland of Greece), Periander constructed the diolkós, a stone road that allowed small boats to be carried on wheeled cradles running in grooves, but this too was strenuous. Historic documents indicate that Emperor Nero started the construction of the canal with a group of 6,000 slaves, mostly Jewish prisoners of war, smashing around 3,000 meters of rock on the Corinthian Gulf side. Finally, after multiple attempts, the dream of the Greek rulers was realised in the late 19th century with the inauguration of the Corinth Canal on July 25, 1893.

Surrounded by spectacular steep cliff walls standing at a height of 63 metres, the canal not only helps a ship to save a journey of 185 nautical miles but also helps seafarers avoid the dangers of sailing around the Peninsula’s treacherous southern capes while moving between the Gulf of Corinth and the Saronic Gulf.

There have been some cases where the landslides from the steep walls have blocked the canal requiring long repairs. Even the channelled winds and tides are known to sometimes make navigation difficult. Another fact is that, only one ship can pass through the canal at a time on a one-way system. Further, particularly slim vessels and small recreational cruise lines such as Seabourn, Silversea and SeaDream can sail through it as it is just 21.3 metres wide. Regardless of this, the canal is a vital lifeline for ships wanting to enter the Aegean Sea. Several companies offer a cruise through the canal with a departure from Piraeus port for tourists. Some ships that are slightly larger have to be towed by tugs to pass through this. A notable exception occurred on October 9, 2019, when MS Braemar became the widest and longest ship to cruise through the canal. However, local authorities are still working on taking measures to enable the passage of bigger modern ocean freighters.