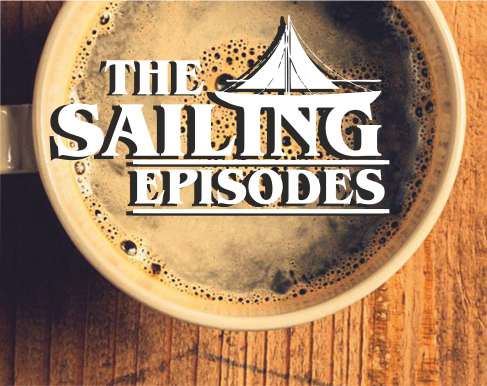 For the maritime industry, the year 2020 has brought in one of the most crucial implementations called IMO Sulphur Cap. The rule that is predicted to curtail pollution to a great extent, came into play on 1st January, 2020. While the industry has been turning to different available options of compliance, we had an opportunity to record the first-hand experience of a sailing Chief Engineer on the IMO Sulphur Cap 2020- its compliance and challenges, Long Stroke Engines and topics alike.

WHAT IS THE FIRST STEP TO COMPLIANCE WITH THE SULPHUR CAP 2020?

On the vessel I sailed, the first step involved cleaning of tank and that is where we faced challenges. Multiple cases of injury had been reported while cleaning the tank which is nothing but a hazard. This has also increased the utility of manpower, because in our case the tank cleaning was done by ship staff. Some vessels have got the luxury of having two sets of fuel oil settling and service tanks that facilitate separate storage of fuel that gets blended only in the pipeline not in the tanks. Since, compatibility is the biggest issue we are facing with these fuels, it has to be ensured that the remaining fuel is not mixed with the new oil. As of now, 2 types of Low Sulphur Fuel have been made available of which one is produced and supplied by the oil majors and is more stable and compatible. The other one is a blended fuel which will always possess compatibility issue risks because the ratio of blending is different in all places. The price of Low Sulphur Fuel has now doubled and considering this, the companies are ready to go with LSMGO.

WHAT OTHER CHALLENGES ACCOMPANY BUNKERING WHEN IT COMES TO COMPLYING WITH THE REGULATION?

Another challenge that I foresee is the Port State Inspections which is expected to turn very stringent. During an inspection, the sulphur content of the fuel is checked for less than 0.5% but IMO permits for the extension of Sulphur Content to 0.53%. The big players have opted for the scrubber retrofits, it has costed them the installation but the operational cost has reduced. Then comes logistics involved in fuel change, on which port the change has to take place and where the bunker has to be bought from. A ship staff is then required to monitor the temperature and parameter during the change over. So, fuel change is now a critical procedure until the fuel doesn’t come in line. 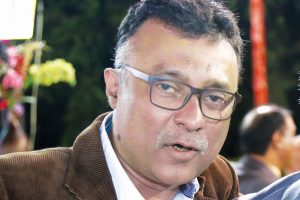 Lately, there have been some cases in China wherein the fuel was found to have the sulphur content more than 0.55%. This happened because they probably made a change at the last moment. So, it takes time for the compliant fuel to come to the line get consumed and get into the system. Talking about such cases in future, I would say as an operator we try our best to comply with the regulation, we buy fuel from the supplier that is above BDN (Bunker Delivery Note) based on fuel quality analysis report. But the issues during inspection will continue to prevail if the aim is to harass the ship staff.

WHAT MEASURES ARE IN PLACE TO ENSURE COMPLIANT BUNKERING PROCESS?

The companies have adopted a system called Ship Implementation Plan (SIP) under which the companies declare about the arrival of fuel, one year ago. As per SIP, the ship staff is required to maintain a file with a check list of tank cleaning schedules, the bunker intake, pictures of the tank and change over routine to manifest compliance with the Sulphur Cap 2020.

CAN YOU TAKE US THROUGH THE EXPECTED OUTCOMES OF OLD OIL GETTING MIXED WITH COMPLIANT FUEL?

Normally, it takes 2 hours for a tonne of fuel to get consumed in the line and compatibility issues are faced only in the tanks, not in the pipeline. But if the fuels get mixed in the tank, it causes major engine break down further leading to wear down of liner, piston ring, fuel nozzle and fuel pump damage because of cat fines. In many cases, the fuel that was bought was debunkered as well, because of compatibility issue, incurring extra cost to the owners or charterers.

HOW DOES WORKING ON LONG STROKE ENGINES DIFFER FROM THE OLDER VERSIONS?

The long stroke engine vessels are made to consume less fuel and give more power. Unlike the four stroke engines, the two stroke engines are made to run for longer voyages and as of now they are operated at a super slow speed causing carbon deposit. Even a research conducted by Germans says that the exhaust of LSFO is more damaging than the normal fuel oil.

HOW CAN WE PREVENT CARBON DEPOSIT ON MAIN ENGINE LINER?

WHAT IS THE CAUSE OF CARBON DEPOSITS AND HOW CAN IT BE DEALT WITH?

The carbon deposits take place due to combustion products. You may get done with it if you operate in high temperatures. Generally, people think that the deposit is because of the lack of lubrication but lubrication further worsens the situation. We have now witnessed many such instances where the lubrication of liner is increased, however, it has to be understood that the lube oil put up initially does not get consumed cause the vessels are now operated at a very slow speed to conserve fuel. The engines are designed to be operated with 80 percent load to give optimum performance where the combustion products are minimal. Even the IMO is conducting a research on the impact of slow streaming that stands contrary to the aim of Sulphur Cap 2020. Moreover, the EU MRV regulation that aims to control CO2 emissions from commercial ships over 500 GRT operating into, out of or between a port of call in EU, measures carbon release by a vessel through the amount of fuel used by a vessel, the sailing period, the number of voyages done and the cargo carried by it. The vessels are required to submit their data every year through an audit.