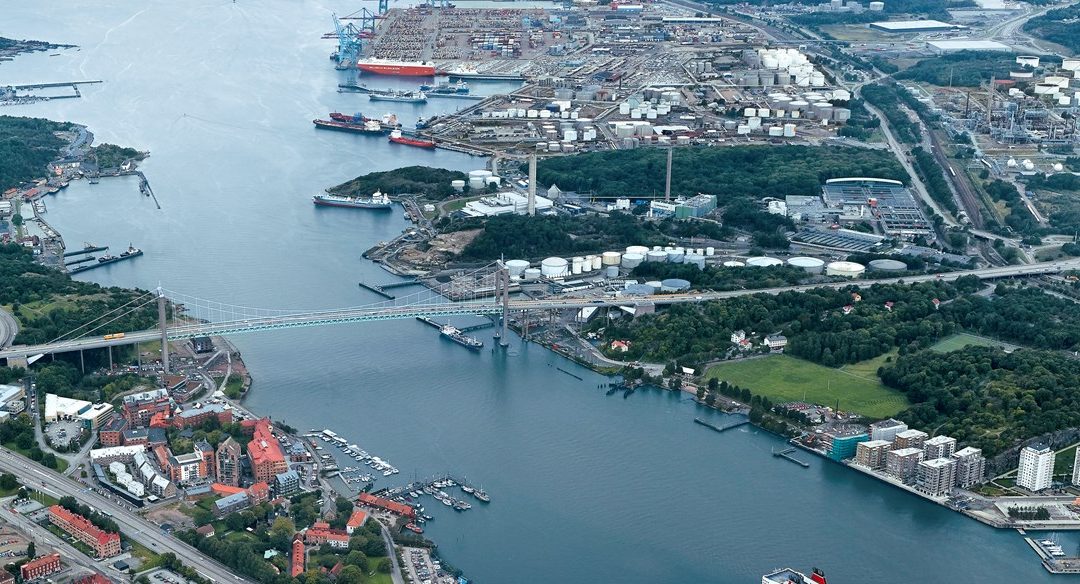 The Gothenburg Port Authority is today publishing general methanol operating regulations for ship-to-ship bunkering. The port is also making arrangements to setup a value chain with the ambition to become the primary bunkering hub for renewable methanol in Northern Europe.

By 2030 the Port of Gothenburg have set out the ambitious target to reduce shipping emissions by 70% within the port area. One key step to reach this goal is to provide a variety of shipping fuels that contribute to bring down emissions – in the port as well as on a global scale. Many initiatives are taken around the world with net zero vessels now in the order books.

“From the Port of Gothenburg we want to support this by enabling these vessels to take bunker at their convenience. Therefore, we are happy to share that we have received acceptance from the Swedish Transport Agency for the general methanol operating regulations for ship-to-ship bunkering. This work has been finalized after great support from Saeed Mohebbi from the Swedish Transport Agency. His knowledge and support has been very valuable,” said Christoffer Lillhage, Senior Business Development Manager Energy at the Gothenburg Port Authority.

As this is a general approval for the port, each terminal will do a complementary risk assessment but this is more of a formality when the general guidelines now are in place. For example, the Port of Gothenburg has already handled methanol in the port since 2015 when Stena Line started to bunker Stena Germanica truck to vessel.

“Now we hope to see Maersk, X-press Feeders and many other shipping lines routing their new methanol vessels to the North of Europe and we would be delighted to welcome them with open arms to the largest port in Scandinavia,” said Elvir Dzanic, CEO at the Gothenburg Port Authority.

X-Press Feeders is the world´s largest independent feeder carrier, and one of the major players dedicated to introducing methanol as a shipping fuel on a larger scale already in 2023. With the introduction of 8 state of the art 1,170 TEU container ships capable of being operated on carbon neutral methanol, X-Press Feeders is soon one step closer to reaching its target of having net-zero emissions from operations by 2050.

The Port of Gothenburg is aiming to become the primary bunkering hub for renewable methanol in Northern Europe. Photo: Gothenburg Port Authority.

“I am happy to see that Port of Gothenburg is working proactively to facilitate the bunkering of Methanol. It is encouraging as we need the ports to be ready when we are to decide where to route our first line of methanol propelled vessels,” said Sven Siemsen Senior Manager Marketing Europe at X-Press Feeders.

The shipping industry needs a variety of fuels in the future, and renewable products like eMethanol* is one important fuel to reach Net zero targets. Therefore, the Port of Gothenburg is also making arrangements to setup a value chain with the determination to provide eMethanol in the port by 2024.

“Together with industry front runners in the field of E-fuels such as Liquid Wind and their partner Ørsted, we are working to make this a reality. We are also planning for large scale storage of methanol with storage operators in the port when the demand is in place. We encourage methanol producers and stake holders in the industry to reach out and start a dialog with the Port of Gothenburg as we have set the aim to become a bunker and storage hub for methanol/eMethanol,” said Christoffer Lillhage.

“We are pleased to see that ship-to-ship methanol bunkering and infrastructure will come to reality in the Port of Gothenburg. This is a strong benefit for carriers planning to buy our green electrofuel, eMethanol. It enables Liquid Wind and our value chain collaborators to establish multiple production facilities in Sweden and other Nordic countries. A strong and leading eMethanol hub in Gothenburg accelerates our ability to market and distribute our carbon neutral marine fuel to the world. It also puts Sweden on the global fuel export market,” said Claes Fredriksson, CEO and founder of Liquid Wind.