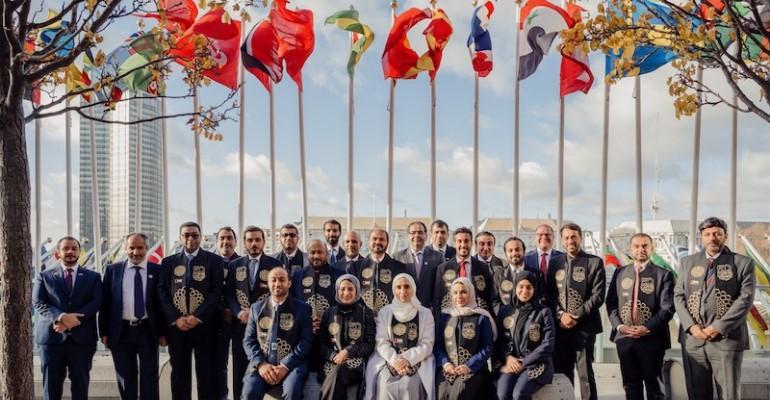 The results of the election were announced on December 10 during the 32nd session of the IMO Assembly in London, which is due to conclude on 15th December 2021. The newly-elected Council will meet thereafter to elect a Chair and Vice-Chair for the next two year period.

The IMO’s 40-member supervisory Council is elected by the Assembly every two years and is the organisation’s executive body. The Council’s membership comprises 10 category A states, those with the largest interest in providing international shipping services, 10 category B states, those with the largest interest in international seaborne trade, and 20 category C states “which have special interests in maritime transport or navigation and whose election to the Council will ensure the representation of all major geographic areas of the world.”

The UAE Ministry of Energy and Infrastructure said the country undertook an intensive election campaign in the run up to the vote.

HE Suhail Al Mazrouei, UAE Minister of Energy and Infrastructure said: “It is encouraging to see our efforts being recognised internationally. Even after our election in 2017, we made huge strides within the sector locally, with a focus on catering to regional and global maritime needs in terms of providing the best infrastructure and top-class services.

“The sector’s contribution to the country’s GDP is AED90 billion annually. Our ports handled over 15 million TEUs during 2020, and there were over 25,000 port calls in the UAE during the same year. UAE’s national fleet capacity stands at 21 million DWT. Our national fleet in 2020 consisted of 970 vessels. The re-election has further encouraged us to continue our work with member states to advance the global maritime sector by achieving the safety, security, and efficiency of maritime transport.”

HE Hessa Al Malek, Advisor to the Minister for Maritime Transport Affairs, UAE Ministry of Energy and Infrastructure, said, “We have been at the forefront when it comes to women’s participation in the industry. We also contributed to drafting the IMO Assembly Resolution A.1147 (31) ‘Preserving the Legacy of the World Maritime Theme for 2019 and Achieving a Barrier-Free Working Environment for Women in the Maritime Sector’ which was adopted at the thirty-first session of IMO Assembly in 2019. All this has culminated in another milestone achievement for us.”