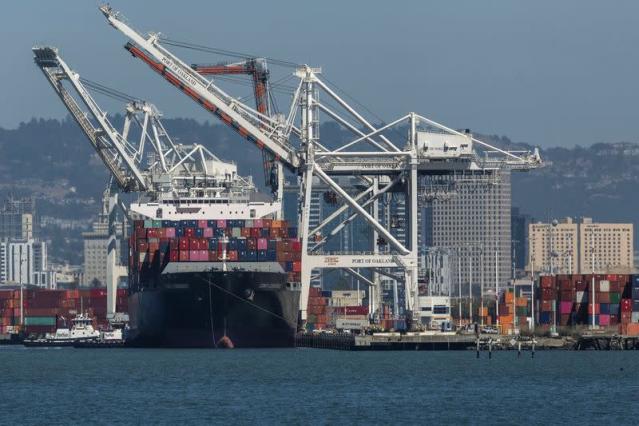 Port executives and police restricted protesters to designated “free speech zones” and warned that violators would be cited. That cleared the way for trucks to pick up and drop off goods at the Northern California seaport’s four marine terminals that were subject to blockades last week.

“There are some protesters out there, but they’re in the penalty box,” said Bill Aboudi, a trucking company owner who supported protests of the law formally known as AB5.

The restart of cargo shipments at California’s third-busiest port and busiest agricultural export hub created another snarl – traffic jams in and around the port, whose maritime operations contribute an estimated $56.6 billion to the state’s economy.

“We have five days worth of work, technically six days of work, that we’re supposed to be doing in one day. It’s not gonna happen,” Aboudi said.

Truckers started protesting California seaports after the U.S. Supreme Court declined to take up a lawsuit from the California Trucking Association on June 30. That cleared the way for the lifting of an injunction that helped stall enactment of the law for more than two years.

The new law would make it harder for businesses that rely on freelance workers, also known as gig workers, to classify them as independent contractors. Protesting truckers said it would force them to shoulder hefty costs previously borne by the companies that hire them to transport loads.

“We were very close to getting what we want,” said Gil.