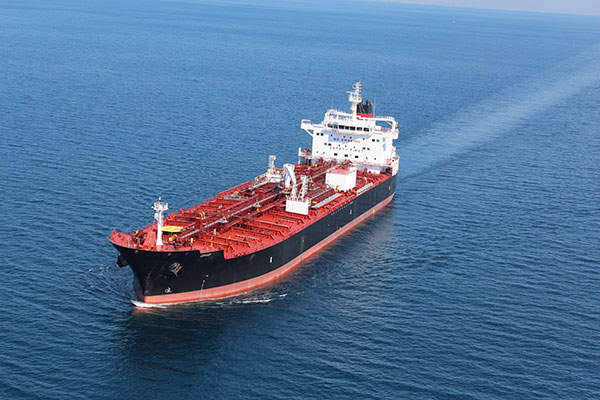 VLCC
Rates in this sector remained depressed this week. In the Middle East, we saw rates for 280,000mt to USG via the Cape/Cape routing continue to be assessed at around WS17.5, while 270,000mt to China shed a point to WS26.5 region. In the Atlantic, rates for 260,000mt West Africa to China also fell a point to WS31.5 level. However, very slightly lower is being reported this morning on a Tankers International vessel to Petroineos at WS30.75. For voyages of 270,000mt USG to China, rates dropped another $150k to the $4.65m mark. Elsewhere, a three-year-old vessel is reported to have fixed at $4.3m from Hound Point to Ningbo with a subsidiary of French major oil company Total.
Suezmax
Rates for 135,000mt Black Sea/Med again remain unmoved at WS45. In West Africa, owners were able to claw back 1.5 points to WS35 level for 130,000mt to the UKC. In the Middle East rates remain weak and 140,000mt Basrah/Med is assessed at a shade below WS16. However, a couple of trader relets have managed to agree rates below this. The latest report of a newbuilding to a Greek refiner is at just below WS10.
Aframax
The 80,000mt Ceyhan/Med market again managed to remain static at WS57.5 and the same sentiment was mirrored in the 80,000mt Cross-North Sea route where rates held at WS72.5-75 level. Rates for 100,000mt Baltic/UKC eased a point to WS41.25. Across the Atlantic rates for 70,000mt Carib/USGulf lost 2.5 points to WS52.5 while 70,000mt USG/UKC is now rated at WS45, down five points for the week.
Clean
It was overall another uninspiring week for owners. In the 75,000mt Middle East Gulf/Japan trade, rates have shown a modest tendency to firm. But at present the market is only nudging WS65, which is at least an improvement from the WS60 level of a week ago. In the LR1 trade, WS70 was agreed for a prompt loader but with a number of ships ballasting from the east – and limited enquiry only – rates for the natural fixing window are being assessed in the mid to high WS60s.
At the start of this week, the market for 37,000mt UKC/USAC stood at WS85. A subsequent prompt requirement from ARA paid a small premium of WS90 but with a couple of cargoes being withdrawn. Rates are now hovering around WS87.5, with a run to West Africa covered at WS97.5. The backhaul trade did at least show some signs of life. Rates for 38,000mt from US Gulf to UK Continent, which started the week at WS60 region, have climbed around 15 points to WS75 – although enquiry is now limited. The improvement here filtered through to the US Gulf/Brazil trade which added 25 points, with rates peaking at WS107.5. The 30,000mt clean cross-Med trade continued its downward trajectory, starting the week in the high WS80s but presently sits at a paltry WS75.