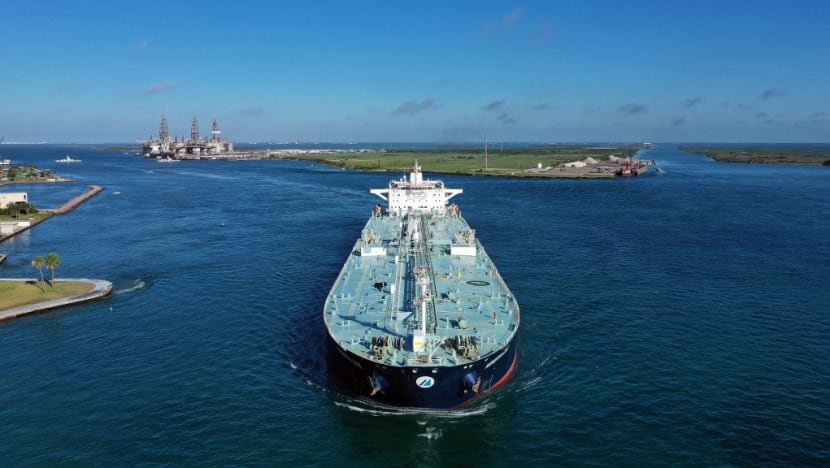 The tanker market needs every good news it can get these days and the impending strategic petroleum reserve release seems to be a net positive for it, even if not to the extent required to lift rates in a significant manner. In its latest weekly report, shipbroker Gibson said that “as the sanctions effort ramps up against Russia, governments around the world are seeking ways to wean themselves off Russian oil, whilst also managing the political damage caused by higher fuel prices. Last week, in an effort to appease his electorate and support his European allies, President Biden announced that the US would release 180 million barrels of crude from the strategic petroleum reserve (SPR), alongside further releases from other IEA member states (an additional 60 million barrels) over a 6-month period. For the US specifically, the release of 1 million b/d over 6 months effectively creates the equivalent of a short-term boost to domestic production, with the barrels likely to be sold both domestically and overseas”.

According to Gibson, “additional barrels will start hitting the market from May, with the US Department of Energy asking for bids by 12th April with contracts awarded on the 21st April. Previous releases have often been positioned as ‘loans’, which means the SPR must be restocked by the off-taker, but the latest sale provides no such stipulation. The release appears to be having the desired effect, with front-month crude futures falling close to $100/bbl this week and cash crude differentials falling to the narrowest premiums seen since the invasion, as buyers’ eye potential SPR barrels”.

“So, the key question is, is this positive or negative for crude tankers? The first dependency is, what impact the SPR release will have on exports? Flows are almost certainly set to increase, particularly as Europe tries to substitute Russian oil, although the extent to which is uncertain. Just over half the crude stored in the caverns is primarily a medium sour blend, well suited to replacing the Urals, and will be popular both domestically and for exports alike. Even if limited SPR barrels are made available for export, the release could push more light sweet shale grades crudes for export. There is also a question of whether the SPR can sustain a drawdown of 1 million b/d. In theory, the combined withdrawal capacity is 4.4 million b/d; however, this will exceed previous records and test infrastructure bottlenecks, including pipeline and terminal capacity”, the shipbroker said.

Gibson added that “imports could also face some downwards pressure as domestic refiners maximize intake of domestic stocks, although this impact is likely to be minimal, perhaps limited to around 200 kbd (the volume imported from Russia in 2021). This is likely to be more than offset by a rise in exports, making the net gain beneficial for the crude tanker markets”.

“In the longer term, however, it is assumed that some restocking of the SPR will be needed, even if not to the extent that it was filled before. Any future rebuilding of the SPR would divert barrels away from export and could limit growth in US exports in the future. There is also the question of the 60 million barrels coming from other IEA members. Japan and Korea account for 37% of the release making it highly likely that these barrels will compete with imports and offer little support to the tanker market. Ultimately, at a macro level, the US volumes are small, representing approximately 1% of global supply during the release period. The biggest winners over the 6-month period will be tankers loading in the US Gulf, although the longer-term or global benefit is likely to be marginal. Yet, at this time, particularly coupled with the anticipated increase in OPEC Middle East barrels, the US SPR release does set a more positive tone across the tanker market, at least in the short term”, Gibson concluded.