Tankers Could Profit If US Restricts Gasoline And Diesel Exports 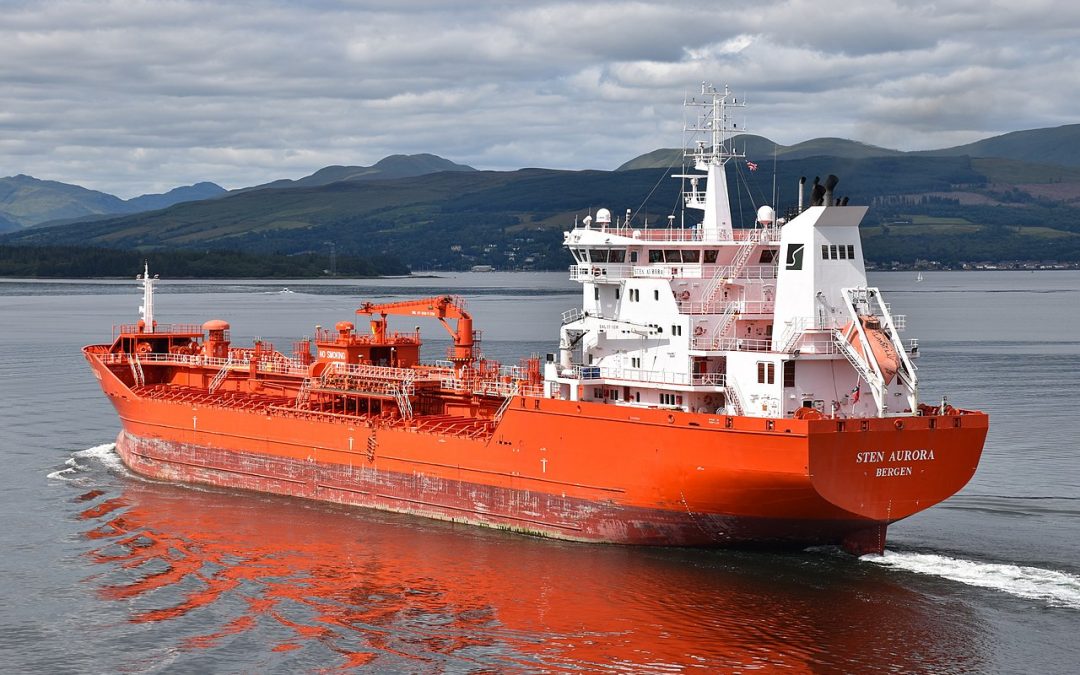 The Biden administration appears to be pondering that very question. The answer, according to critics, is that it won’t work. They say refined product export restrictions would be a net negative for consumers. Most would pay more, not less. They believe it would be bad for domestic refiners and oil producers and would make the geopolitical mess even messier.

Any move to limit U.S. gasoline and diesel exports would also disrupt global trade patterns. Importers would scramble to buy replacement cargoes. Those cargoes would travel longer distances aboard product tankers than the U.S. cargoes they replaced, a plus for vessel demand.

“As the market tightens, it would most likely increase [fuel] prices and boost product tanker rates,” said Erik Broekhuizen, head of marine research at Poten & Partners, in a research note on Friday.

Granholm noted that East Coast gasoline inventories “are at their lowest level in nearly a decade” and “diesel inventories are nearly 50% below the five-year average.”

She warned that if refiners did not “proactively address this need [to refill inventories] … the administration will need to consider additional federal requirements or other emergency measures.”

Argus Media reported that one option on the table is a minimum gasoline and diesel stockholding obligation. Industry officials fear such a policy could restrict exports.

Longer tanker voyage distances
When it comes to transport cost, it makes sense to buy and sell from a nearby country versus one on the other side of the globe, all else being equal. Politics doesn’t always allow this, however, which benefits shipowners.

A classic case of transport inefficiency: Peru produces natural gas and exports liquefied natural gas. Chile is right next door and imports LNG. Chile imports LNG from Trinidad, the U.S. and the Middle East, while Peru exports to Asia and Europe, not Chile. Long voyage distances equate to higher demand for LNG ships.

Another example: The EU is poised to ban seaborne imports of Russian crude and products starting Dec. 5 and pipeline imports starting Feb. 5, 2023. Even now, the EU continues to import significant volumes of Russian diesel. After the ban, Europe would have to tap more distant sources such as the U.S., the Middle East and Asia.

Russia — the world’s second-largest exporter of refined products after the U.S. — would have to find new buyers farther away than Europe. Average voyage distance would jump. Assuming Russian export volumes don’t collapse, demand for product tankers would rise.

Any impediment to U.S. exports of gasoline and diesel in favor of domestic inventory building would follow the same script as the Peru-Chile LNG trade and the EU ban on Russian supply. Virtually all U.S. exports currently go to Latin America and the Caribbean. To the extent buyers in the Americas could actually replace lost U.S. volumes, those replacement cargoes would have to be transported longer distances.

Almost all exports head south to Americas
On the distillate (diesel and fuel oil) side of the equation, data from the Energy Information Administration (EIA) shows that the U.S. exported an average of 1.17 million barrels per day (b/d) in January-May. Of that total, 92% went to Latin America and the Caribbean, 5% to Europe and 3% to other buyers. Mexico was by far the largest recipient. Using short-haul tanker transport as well as land transport, it accounted for 25% of the total.

Back in 2015, when the EU relied less on Russia, Latin America and the Caribbean accounted for only 63% of U.S. distillate exports. Europe bought 31% and other countries 6%.

The need for replacement tanker cargoes
Any government-driven reduction in U.S. exports would force Latin America and the Caribbean to find alternative supplies from more distant sellers.

It would also leave less supply available to the EU as it seeks to replace Russian diesel. This implies that Europe would have to rely more on Middle East and Asian suppliers, again, equating to longer distances.

One option for Latin America would be to buy refined products from Russia, which will need to replace EU sales.

Tanker demand is measured in in “ton-miles”: volume multiplied by distance. The question for product tanker rates is whether upside from longer average distances will counterbalance any downside if cargo volumes fall due to lack of available gasoline and diesel.

Would export curbs reduce US diesel, gasoline prices?
U.S. car and truck drivers may retort: Who cares about what happens in the tanker markets if we get cheaper gasoline and diesel?

But government intervention could backfire. Potential downside was addressed recently by RBN Energy and the American Council for Capital Formation (ACCF).

“A ban on exports of gasoline and diesel would trap produced volumes in the Gulf Coast region, which already produces far more motor fuels than it consumes and depends on export markets as an outlet,” wrote John Auers, managing director of refined fuels analystics at RBN Energy.

According to a study by ACCF, a government ban of refined products exports would compel Gulf Coast refiners to push as much volume as they could to the East and West coasts. Assuming there was no waiver of Jones Act restrictions on coastwise tanker voyages, ACCF maintained that pipeline and Jones Act tanker capacity would max out before the Gulf Coast could reallocate all its oversupply.

According to Auers, “A ban of refined product exports would likely lead to additional refinery closures on the Gulf Coast. The region would simply be producing more gasoline and diesel than shippers could move to domestic markets. The financial incentive to refine would shrink significantly.”

Unintended consequences
According to both ACCF and RBN Energy, the East and West Coast products markets would still remain dependent on foreign imports of gasoline and diesel despite higher domestic flows from the Gulf Coast. Therefore, imports would continue to set the regional pricing in East and West Coast states.

Consumers in Gulf Coast states would benefit from lower prices. But government restrictions on exports of U.S. diesel and gasoline would increase international prices by reducing supplies to overseas buyers. That would increase the price of fuel imported to East and West Coast states. That, in turn, would increase gasoline and diesel prices for consumers in those regions. The ACCF study maintained that two-thirds of the U.S. population would see higher prices and one third (those in Gulf states) would see lower prices — a net negative.

Clarksons Securities shipping analyst Frode Mørkedal commented, “We believe that precautionary inventory hoarding will only drive up oil prices, even in the U.S., which is a net importer of gasoline.”

Risk of geopolitical fallout
The fuel export debate is not just about domestic politics. There are also international ramifications to consider.

Europe is descending into a historic energy crisis in the wake of the Russia-Ukraine war. For the EU ban on Russian products to work, Europe needs replacement supplies. “A ban on U.S. diesel exports would likely force Europe to abandon its proposed ban on Russian diesel imports or face a severe distillate shortage,” said RBN Energy.

Dan Eberhart, CEO of oilfield services Canary, said of potential export restrictions: “Europe is heavily dependent on Russian refined products, especially diesel. They are looking to America for help. Are we really going to pull the rug from under our allies by curbing exports?”

It’s not just Europe. There’s potential for economic and political fallout in the Western Hemisphere, where many countries are heavily reliant on imports of U.S refined products.

“Banning U.S. exports of refined petroleum products would hit the countries in the Americas first, particularly Mexico, leading to a search for alternatives,” said ACCF.

Not only could some of these countries turn to Russia, but a global price rise would hit government coffers in countries that subsidize fuel purchases to prevent civil unrest, it added.

Auers of RBN Energy warned: “Tensions in Latin America and much of the rest of the developing world are already high. Removing over 1 million b/d in distillates from the market, on top of the sanctions on Russia, could trigger more situations similar to that seen recently in Sri Lanka.”