Taiwan’s Wan Hai Launches Aggressive Expansion With $1.5B In Orders 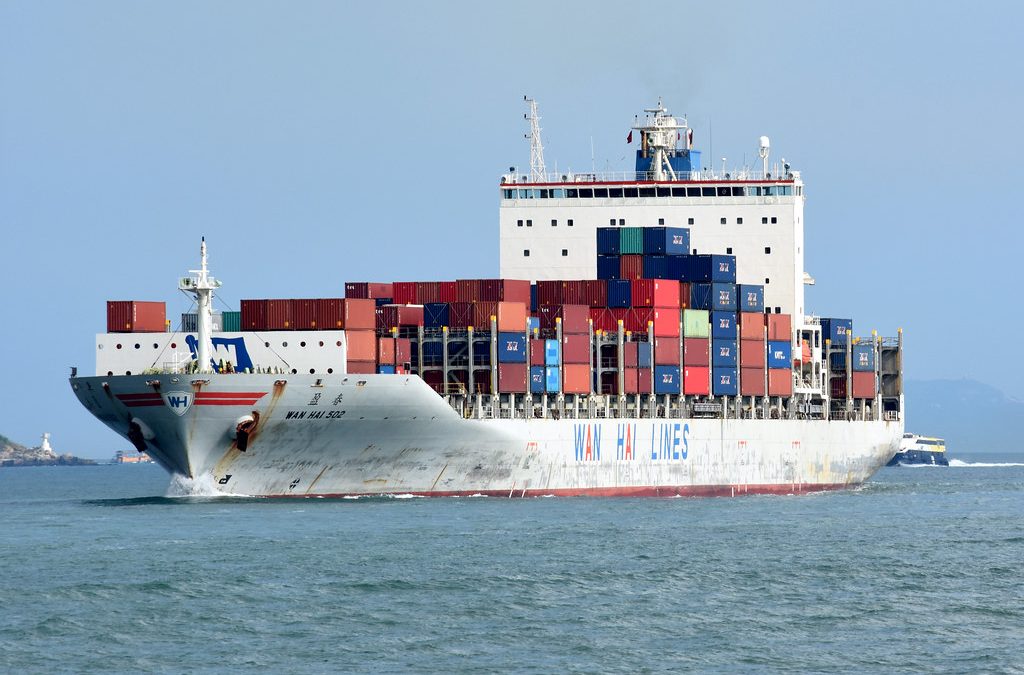 Taiwan-based Wan Hai Lines is continuing its fleet renewal and expansion program announcing another $1 billion in new construction orders in addition to $500 million in orders placed at the beginning of 2021. Historically known as a leading intra-Asia carrier, the company is seeking to renew its Asian presence while also expanding into mid and long-haul services.

Founded in 1965 primarily as a log transportation company operating in Taiwan, Japan, and Southeast Asia. Wan Hai grew into the Asian and international services starting in the 1970s. They later transformed into a container shipping company and by 2004, the line was operating 66 container vessels in operation with a capacity of over 90,000 TEU. Today, the company has a fleet of 75 container ships with a capacity of over 218,600 TEU.

The latest order, which is rumored to be going to a South Korean shipbuilder, is reportedly valued at $1.0 billion. It calls for the construction of nine vessels each with a capacity of 13,000 TEU. They will be the company’s largest ships. Currently, they operate two 11,900 TEO vessels but their average capacity is 3,000 TEU.

Wan Hai has not announced its intended deployment for the ships. Last July, they launched an independent trans-Pacific route from China to Long Beach, California using two mid-sized boxships with plans to charter two more. The line had previously participated in a shared route with Pacific International Lines, which withdraw from the partnership in February 2020, and COSCO. In addition to the U.S. West Coast service, it is believed that Wan Hai plans to grow a South American service.

This new order comes just six weeks after the company announced its first orders since November 2018. In January 2021, Wan Wai contracted with Japan Marine United Corporation for twelve new-build 3,013 TEU ships from JMU’s Nihon Shipyard. Delivery is expected to begin in October 2022. This order was valued at $565 million.

Wan Hai is still in the process of receiving the previous order from the Japanese shipyard. The fourth and fifth ships of the class were delivered named in December 2020 with the second one delivered in March 2021. Three additional ships in this 3,055 TEU series are still under construction. The series is unique in that it is based on an extra-wide beam design with an LOA of 203.5 m (667 feet) and a 34.8 m (114 feet) breadth, making them compact 3,000 TEU-class vessels. They are designed with a deadweight capacity of 37,160 mt.

In addition to the new orders, the line has also been aggressive in the secondhand market.  Since the beginning of the year, they have announced the acquisition of four boxships between 4,000 and 6,000 TEU. The company spent $85.5 million on these acquisitions. In 2020, they also acquired ships including their first two neo-Panamax ships from Pacific International Lines. In total, they have purchased 11 ships in the secondhand market.

The latest expansion is seen as a move to seize a portion of the strong trans-ocean market and soaring rates for international services.