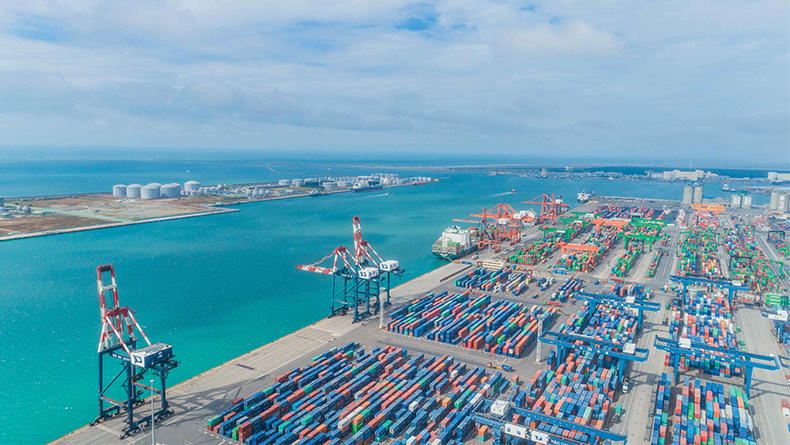 Taiwan’s shipping companies are facing serious shortages of maritime crew members due to the effects of the COVID-19 pandemic and the ongoing Russia-Ukraine war on the global shipping industry.

The Maritime Port Bureau (MPB) on Tuesday (May 24) held an MOU signing ceremony for a sea crew incubation project, which marks the first time the bureau pooled together with the ocean shipping industry, maritime schools, and government agencies to foster a workforce for Taiwan’s shipping industry, CNA reported.

Yang Ming Chairman Cheng Chen-mount said in his speech that all shipping companies in the country are fighting to recruit maritime crew members as they have been hit by serious staff shortages. Noting that the average salary is NT$80,000 – 90,000 (US$2,720 – 3,060) for crew members and more than NT$300,000 for captains, Cheng said he hoped more young Taiwanese consider working in the shipping industry.

He went on to say that the shipping industry enjoys high-paying jobs and a three-month paid leave every year, and that more and more women are joining the industry.

Contrary to what many may believe, the shipping industry has transformed into a maritime high-tech industry, with container ships worth hundreds of millions of U.S. dollars. With modern equipment, the working environment for crew members is comfortable, and each of them have their own room, Cheng said, adding that there are billiard rooms and gyms on the ship as well as 5G telecommunication services, with which crew members can have video calls with their families every day.

Yang Ming Assistant Manager Li Te-jen said that all shipping companies around the world have had crew shortage problems, which were worsened by the pandemic and the Russia-Ukraine war as about 15% of sea crew members came from Ukraine and Russia.

MPB Director-General Yeh Hsieh-lung said the sea crew incubation project will prioritize assisting students from remote townships and disadvantaged families to study at maritime schools after graduating from junior high schools by paying for their tuition, room and board fees, and offering subsidies of NT$100,000 – 180,000 per student per year. They will then be encouraged to receive maritime training and work on ships after graduation, per CNA.