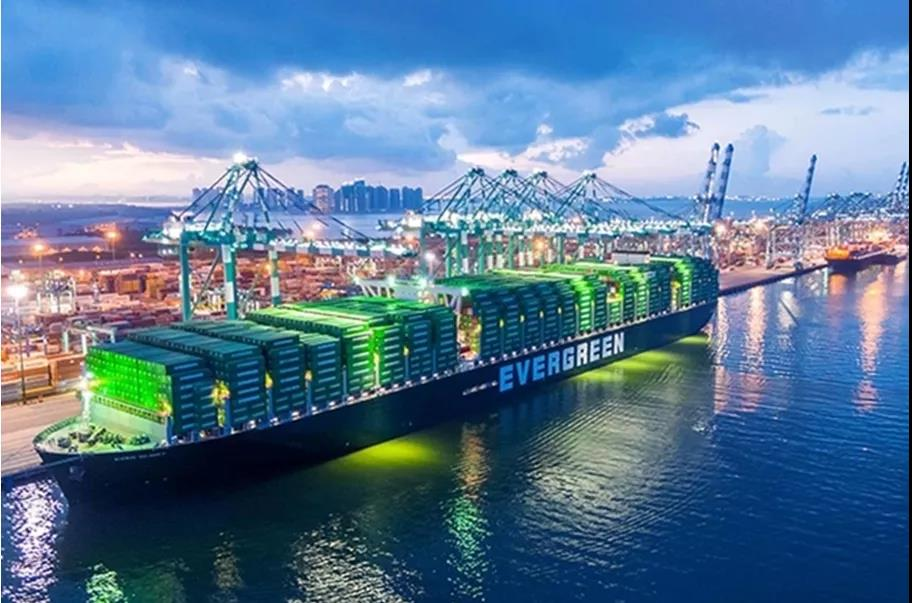 Evergreen Marine Corp., the largest cargo shipping company in Taiwan, and its Taiwanese counterpart Yang Ming Marine Transport have denied accusations from the United States of pricing collusion and abuse with other shipping companies, pledging to help in an investigation into such complaints at a time of a global shortage in marine cargo shipping services.

The allegations come as the U.S. is experiencing high inflation, partly driven by the expensive cost of shipping products to its market since its economy has begun reopening after COVID-19 pandemic caused disruptions.

Evergreen and Yang Ming said the charges for their cargo services have been set based on U.S. marine regulations and their pricing has already been reported to the American marine authorities.

The two shippers said they will work with the U.S. Federal Maritime Commission (FMC) in its probe into the ongoing complaints regarding fees being charged by the shipping companies and terminal operators.

Earlier this week, the FMC announced it has a new audit program and a dedicated audit team to assess compliance with the commission’s rule on detention and demurrage — a charge paid to the owner of a chartered ship for failure to load or discharge the ship within the agreed time — as cargo vessels are jammed in major U.S. ports.

The FMC said the move is aimed at providing additional information beneficial to the market to maintain the regular monitoring of marine cargo services.

The “Vessel-Operating Common Carrier Audit Program” at the direction of Chairman Daniel B. Maffei will analyze the top nine carriers by market share for compliance with the FMC rule as it applies to detention and demurrage practices in the U.S., the commission said.

Evergreen and Yang Ming are among nine shipping service providers targeted by the FMC’s investigation.

“The Federal Maritime Commission is committed to making certain the law is followed and that shippers do not suffer from unfair disadvantages.

“The work of the audit team will enable the Commission to monitor trends in demurrage and detention practices and revenue, as well as to establish ongoing dialog between staff and carriers on challenges facing the supply chain,” Maffei said.

“Furthermore, the information gathered by the audit process might lead to changes in FMC regulations and industry guidance if warranted,” Maffei added.

Both Evergreen and Yang Ming said if the FMC needs more information from them, they will no doubt provide the necessary data to facilitate the investigation.

Recently, Yang Ming President Patrick Tu said there has been no collusion in pricing among the major shippers worldwide, citing U.S. President Joe Biden as saying that the U.S. has no intent to intervene in the cargo shipping market.