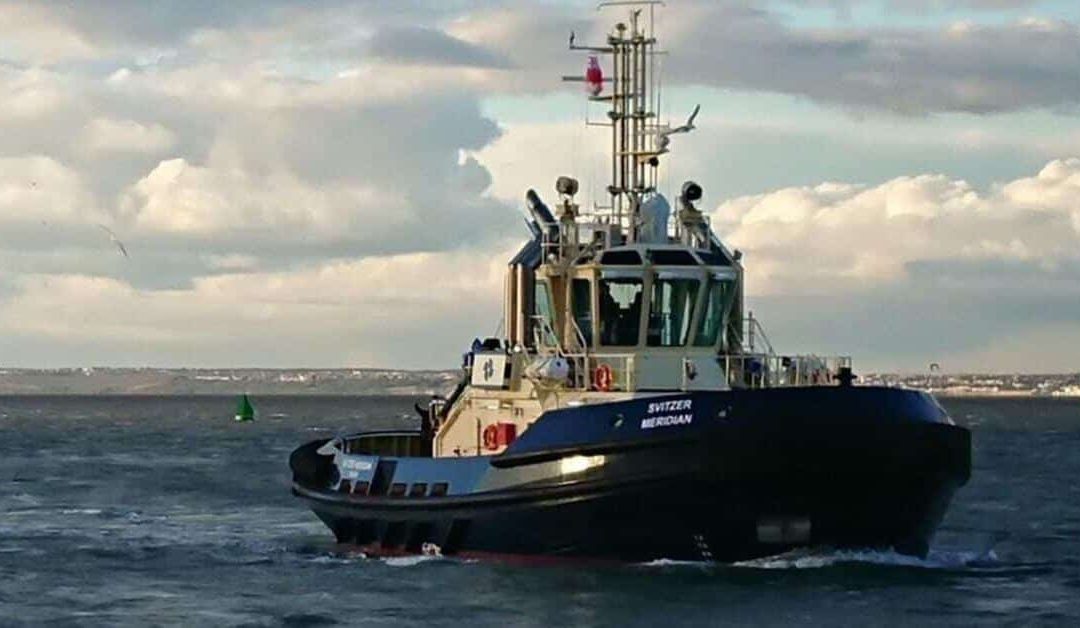 Svitzer, leading global towage operator and part of A.P. Moller-Maersk, has today announced that its Aim for 8 speed initiative – which asks tug crews to navigate at a maximum speed of eight knots during mobilisation and demobilisation – has successfully prevented 1,000 tonnes of CO2 from being emitted into the atmosphere.

A pilot of the Aim for 8 initiative started in late 2021 across Svitzer’s UK operations and is part of the company’s multi-faceted decarbonisation strategy that was launched in May 2022. The initiative proves that small behavioural changes, when implemented alongside more ambitious and long-term shifts such as fuel and tug design, can have an immediate and measurable impact on the CO2 emissions of the global fleet.

Svitzer’s global fleet of 400 vessels emits the same every year as 100,000 diesel-powered cars, so any immediate CO2 saving can have a big impact. The speed target of eight knots was chosen based on analysis of Svitzer’s tug fleet while mobilising to and from a job and asks and incentivises crews to try to achieve the ‘sweet spot’ of potential fuel efficiency that the company’s analysis identified.

Commenting on the milestone, Kasper Karlsen, regional COO, Svitzer Europe, said:
“We’re extremely proud to share that our Aim for 8 initiative has reached a milestone of 1,000 tonnes of CO2 saved after less than a year of pilot implementation in the UK. We have been able to make this tangible impact at no cost to our operations and with very little disruption to our way of working, simply by asking our crews to make a small change in behaviour and stay below eight knots before and after the towage job.

“We think that this is real proof of the impact that simple adjustments can make on the industry’s sustainability journey. We’re looking forward to implementing Aim for 8 more widely across Svitzer’s global operations and making an even greater impact on our carbon emissions.” Following its success in the UK, Aim for 8 will now be implemented across Svitzer’s global operations. This will considerably increase the potential CO2 saving from Svitzer’s operations, contributing to the company’s decarbonisation strategy through to 2040. Meanwhile, Svitzer continues to pursue advances in tug design and future fuels that will help propel itself to a carbon neutral future.